Pollock, Eloy Jiménez and José Abreu each had two hits for the White Sox, who remained 2 1/2 games behind AL Central-leading Cleveland.

Harold Castro homered and Javier Báez had two hits for the Tigers, who have dropped seven straight and 10 of 11. Detroit struck out 14 times.

The White Sox climbed to three games over .500 for the first time since April 17, when they were 6-3. Chicago last swept a team July 1-3 at San Francisco. 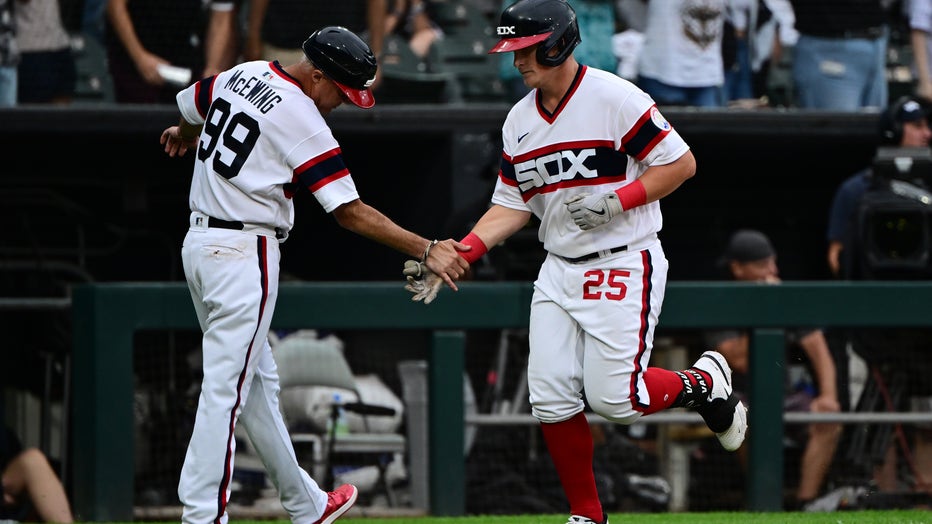 Kendall Graveman worked around Castro’s homer and a single in the ninth for his sixth save.

Vaughn homered off Wily Peralta in the eighth for his 13th of the season. The White Sox added another run on Seby Zavala’s RBI double as left fielder Akil Baddoo slipped.

Chicago went ahead to stay with two runs in the fifth. Jiménez doubled home Pollock and then scored on Vaughn's bouncer to shortstop Báez.

The Tigers went ahead 2-0 in the third when a Lynn wild pitch brought home a run and Báez answered White Sox fans’ boos with an RBI double. Báez, a former Chicago Cub, held a finger to his lips and waved as he stood at second base. White Sox fans jeered the shortstop throughout the series.

The White Sox are 10-3 against Detroit this season but 16-22 against the rest of the AL Central.

The Tigers received left-hander Ricardo Sanchez from the Philadelphia Phillies in a minor league trade for cash.

White Sox: OF Luis Robert (sprained left wrist) was out of the lineup for a second consecutive game after he exited Chicago’s 2-0 victory over Detroit on Friday. He was injured trying to steal second base. Robert is considered day to day. ... INF Leury García (soreness) had the day off.