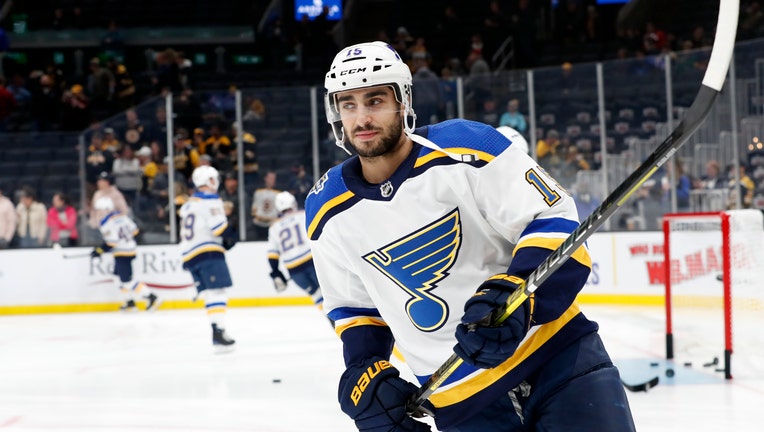 BOSTON, MA - OCTOBER 26: St. Louis Blues left wing Robby Fabbri (15) skates in warm up before a game between the Boston Bruins and the St. Louis Blues on October 26, 2019, at TD Garden in Boston, Massachusetts. (Photo by Fred Kfoury III/Icon Sportswi

The 23-year-old Fabbri had a goal in nine games for the Blues this season. He has 32 goals and 41 assists in 164 regular-season games, all with the Blues. He appeared in 10 playoff games last season to help St. Louis win the Stanley Cup.

The 24-year-old de la Rose had a goal and three assists in 16 games for the Red Wings this season. The Swede has 12 goals and 20 assists in 195 regular-season games with Montreal and Detroit.