Yzerman made some relatively bold moves when free agency opened Wednesday, generating a jolt of excitement for the once-proud franchise that it has not had since the former team captain was hired three-plus years ago.

The Hockey Hall of Famer signed center Andrew Copp to a $28.1 million, five-year contract soon after the market opened. Yzerman, who built the Tampa Bay Lightning into a Stanley Cup winner, followed up by adding more veteran to a team with a few proven players and some promising prospects. 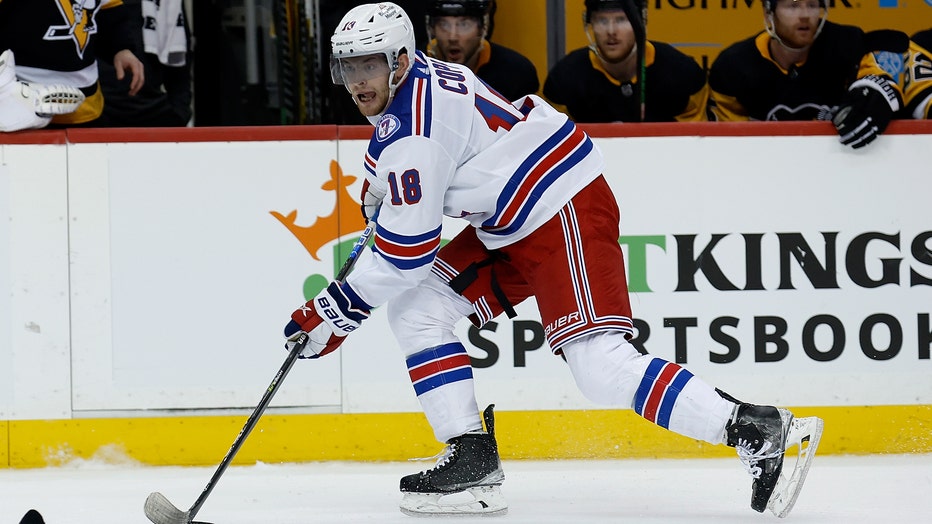 PITTSBURGH, PA - MAY 13: Andrew Copp #18 of the New York Rangers controls the puck in Game Six of the First Round of the 2022 Stanley Cup Playoffs against the Pittsburgh Penguins at PPG PAINTS Arena on May 13, 2022 in Pittsburgh, Pennsylvania. (Photo

Yzerman also signed defenseman Ben Chiarot to a $19 million, four-year contract and a pair of wings to two-year deals: David Perron for $9.5 million and Dominik Kubalik for $5 million.

"With a bunch of the additions, it’s an exciting time and I’m ready to help take the team to the next level," said Copp, who boosted his value with 14 points in 20 playoff games this year with the New York Rangers. "It just kind of shows the belief (Yzerman) has in the group and he feels like the next step is ready to be taken."

The Red Wings, who won four Stanley Cups from 1997 to 2008, have been reeling since their run of 25 straight postseasons ended in 2016. During a dismal stretch of missing six straight playoffs, Detroit has been among the worst teams in the league.

Two weeks ago, the Red Wings hired Lightning assistant coach Derek Lalonde to lead an NHL team for the first time. Suddenly, he has a roster that appears capable of contending for a spot in the playoffs.

"This team is definitely ready to start competing on a regular basis," said the 34-year-old Perron, who has 665 career points in 973 games with St. Louis and four NHL other teams. "I want to be part of a solution."

Lalonde replaces Jeff Blashill, who was let go after seven seasons with a .447 points percentage that was second-worst in the league over that time — not counting the debut season of the expansion Seattle Kraken.

Blashill, though, didn’t get much help in free agency to coach a roster that could compete.

Lalonde will not have the same problem.

"It’s well known around the league that it’s a young, up-and-coming team," said Chiarot, who has played for Winnipeg, Montreal and Florida over nine seasons. "With all the additions the team made, it makes them an even more exciting team."