Owner Chris Ilitch announced the move with his team mired in another disappointing season. Detroit entered Wednesday at 43-68, last in the AL Central.

"I want to reestablish our momentum and progress towards building a winning team and I am driven to find a talented executive to help us do that," Ilitch said in a statement before meeting with reporters as the team prepared to host Cleveland. 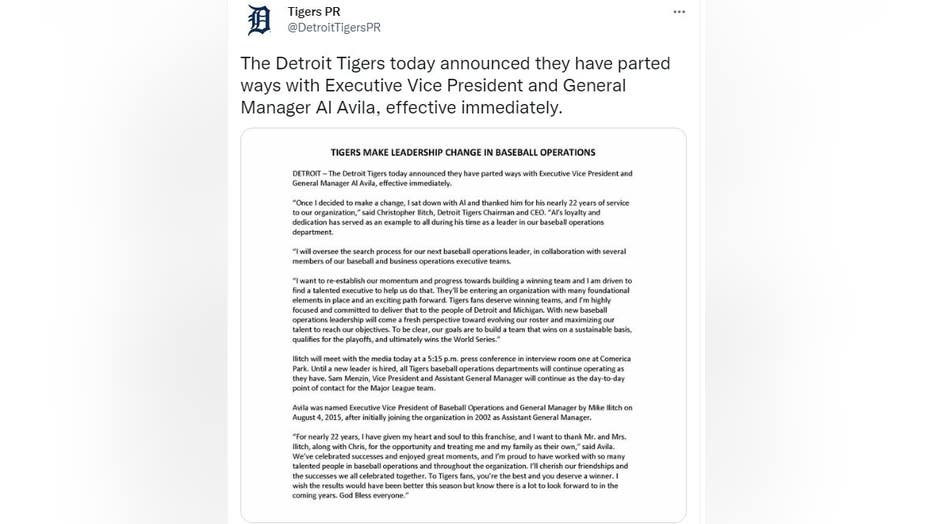 Ilitch invested millions in the offseason in an attempt to return his team to contention. Assistant general manager Sam Menzin takes over the day-to-day leadership role.

Avila was promoted to general manager on Aug. 4, 2015, after serving as Dave Dombrowski's assistant.

The Tigers had only one winning season (2016) during Avila's time as GM.