DETROIT - Damian Lillard had 33 points and nine assists and the Portland Trail Blazers beat the Detroit Pistons 124-101 on Wednesday night. 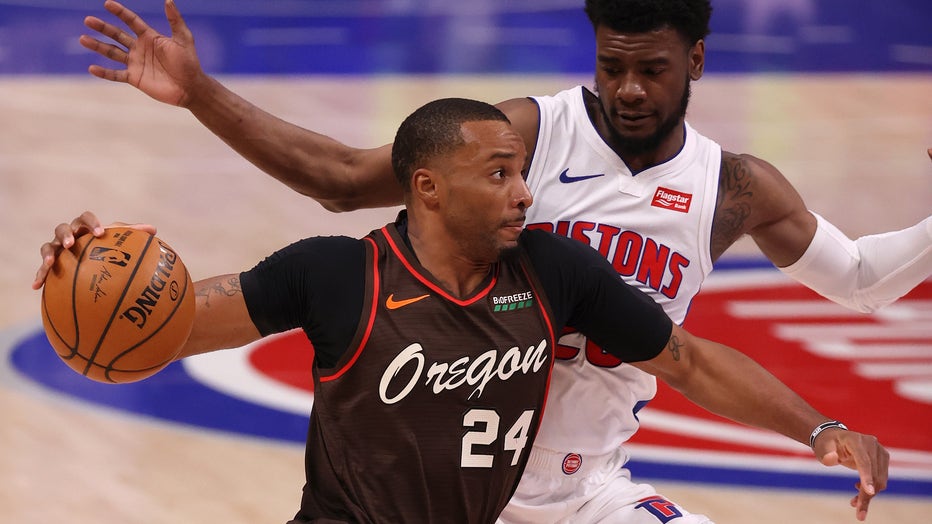 DETROIT, MICHIGAN - MARCH 31: Norman Powell #24 of the Portland Trail Blazers drives around Josh Jackson #20 of the Detroit Pistons during the first half at Little Caesars Arena on March 31, 2021 in Detroit, Michigan. NOTE TO USER: User expressly ack

Grant had 17 first-half points to help Detroit to a 52-51 lead, but Lillard's 3-pointer on Portland's first possession of the second half started a 17-2 run. The Trail Blazers hit their first five 3-point attempts of the quarter and Lillard finished with 16 points in the period as Portland took an 87-79 lead.

The Pistons cut the gap to six early in the fourth quarter, but couldn't put together a sustained run.

Trail Blazers: Anthony played his 35th career game against the Pistons, the team that passed on him in the 2003 NBA draft to select Darko Milicic. He hasn't had much success against them. His 21.4 scoring average is lower than against any other opponent than San Antonio (19.2), and his average of 5.1 rebounds is his worst against any team.

Pistons: Bey entered the game needing four 3-pointers to break Brandon Knight's franchise rookie record of 105, set in 2011-12. But he fouled out after missing all seven 3-point attempts.