East Lansing - Cassius Winston had six points and four assists to give him the Big Ten record for career assists as No. 15 Michigan State beat Wisconsin 67-55 Friday night. 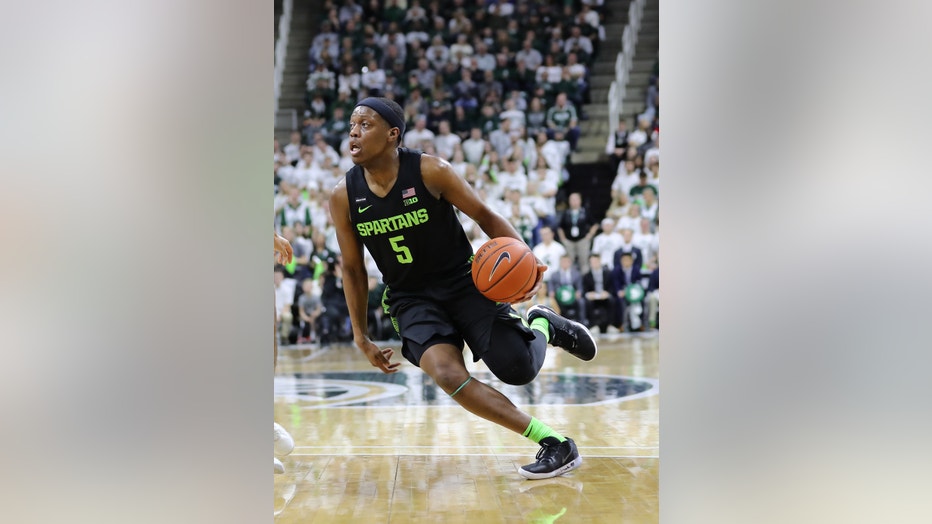 EAST LANSING, MI - JANUARY 17: Cassius Winston #5 of the Michigan State Spartans drives to the basket in the first half of the game against the Wisconsin Badgers at the Breslin Center on January 17, 2020 in East Lansing, Michigan. (Photo by Rey Del R

The Badgers (11-7, 4-3) trailed the entire game, but went on a 13-0 run with Nate Reuvers scoring 11 points to cut their deficit to six points early in the second half.

Michigan State pulled away with balanced scoring and stingy defense, building a 63-39 lead.

Shortly thereafter, Winston threw an alley-oop lob to Xavier Tillman, giving him four assists in the game and 817 in his career. Former Spartan Mateen Cleaves, who attended the game, ended his national championship-winning career with 816 assists in 2000.

Reuvers scored 19 points on 7-of-15 shooting and Kobe King had 10 points for the Badgers.

Michigan State: Winston can get back to playing naturally after looking like he was forcing passes to get Cleaves' record out of the way.