However some showers and storms are possible Friday and late Monday

(FOX 2) - Let me start by saying: for the most part the holiday long weekend looks great! However, there are some details to highlight so let's get to that.

Friday will be warm and muggier than yesterday, with high temperatures climbing to 88 degrees and a slight heat index closer to 90.

Skies will be partly to mostly cloudy and as we creep closer to lunchtime, we'll begin seeing the chances for rain and storms to build higher. A cold front will drag across the state (it won't cool us down much) but between the hours of 11 a.m. and 7 p.m. our storm chances will be elevated. 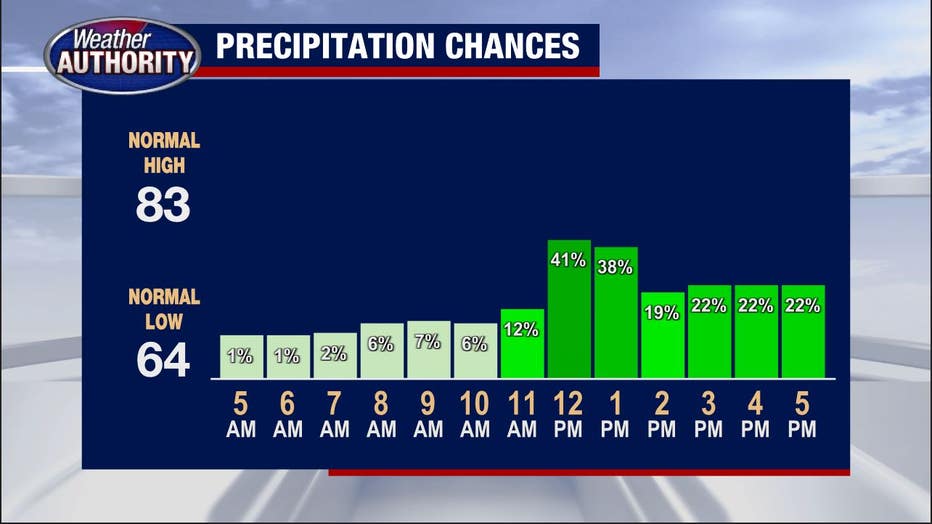 These Friday storms are not likely to be severe, but some cells could be strong. This means we could see some heavy downpours, winds gusting up to 40+ mph and even some small hail. Thunder and lightning are likely within the storm cells.

By tonight we'll dry out and should remain that way through the weekend. Saturday has more clouds than Sunday, but both days will still get to about 85 degrees. Enjoy your time celebrating however you celebrate! 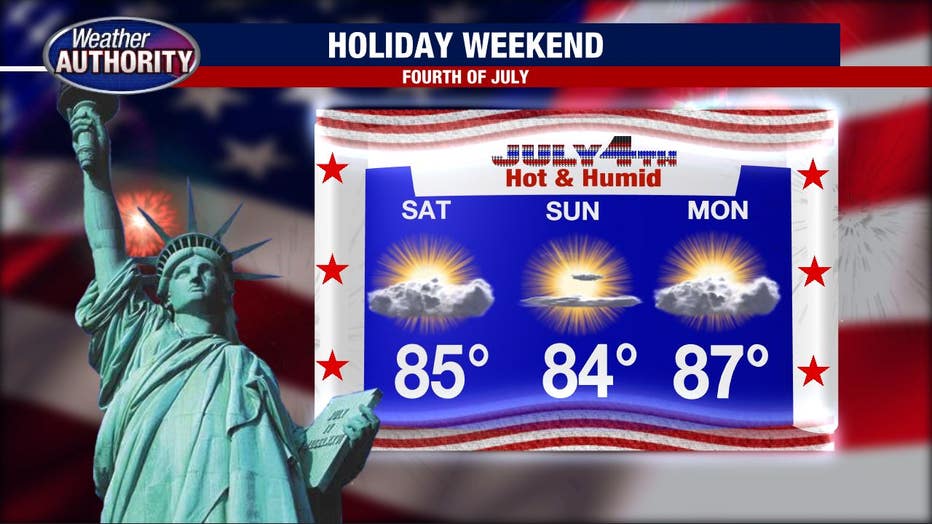 On Monday, July 4th we'll spend most of the day partly cloudy and warm. Very late in the day there's a higher chance that some storms may start building as instability arrives in Southeast Michigan...but the majority of that action will slide into Tuesday and Wednesday.

MORE: Three Michigan beaches closed due to bacteria levels, including one in Macomb County

Happy Fourth of July everyone!