Detroit (Fox 2) - Archie Williams developed a love for science at an early age. He was born May 1st, 1915.  As a young boy Archie loved putting things together. He built model airplanes, winning several awards at the Oakland Tribune's Model Airplane Contest. He once constructed a sailboat based on plans from the magazine Popular Science.

And he discovered he was fast! His mind was quick. The first to go to college in his family, he studied analytical geometry, trigonometry and physics.

But he was fast in other ways he wasn’t even aware of.

Williams started running track in high school but began training more seriously in junior college. He got good enough to make the team at Cal Tech and was tapped to run the 400 meter race at the NCAA in Chicago. On April 26, 1936, the day of the big meet, Williams broke the world record, coming in first at 46.1 seconds!

The sophomore then went on to Olympic qualifying meets. Eighteen African Americans  made the 1936 Olympic team that year. Jesse Owens was one of Archie’s teammates. So was Mack Robinson, Jackie Robinson's older brother along with future U.S. Representative Ralph Metcalfe. They traveled by boat to Berlin.

Archie Williams prepares to run the 400 meter race at the 1936 Olympics in Berlin. (photo courtesy: US Air Force)

On August 7th, 1936, Williams and his fellow teammates shattered Adolph Hitler’s theory of Aryan supremacy. Archie Williams won Olympic gold in his 400 meter race with a time of 46.5 seconds. Of the 18 African Americans competing, 14 medals were won. Eight of them gold!

Returning home, a hamstring injury sidelined Williams’ track future, so he concentrated on his major in mechanical engineering. A teacher told him he should study real estate or preaching; pointing out as an African American man Williams would never get a job in engineering. Undaunted, in his senior year, Archie enrolled in the student Civilian Pilot Training program. He was the only Black student.

With degree in hand, Williams interviewed with General Motors, Lockheed and other companies. No one would hire him. He was a Black engineer without a job in 1939.

For a brief time, he dug ditches for the East Bay Municipal Utility District, eventually working his way to a small flying school at Oakland Airport, where he maintained the planes he loved from childhood. This is where he learned to fly, earning his pilot's license. 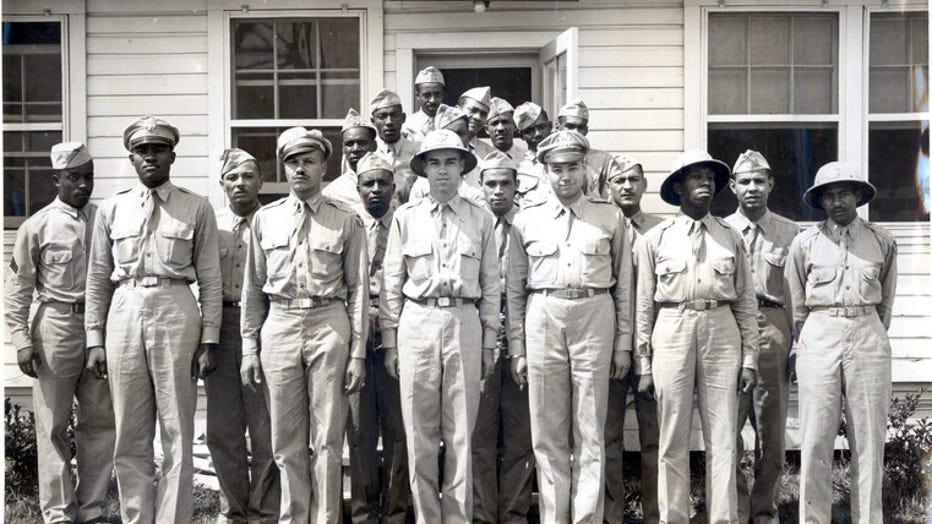 In 1942, he applied to Tuskegee Institute in Alabama; the only school in the country hiring Black aviation instructors. Williams was hired to work for the Army Air Corps to train the first group of African American pilots in the military’s history. He worked alongside the nation’s first African American meteorologist in the military and the weather bureau, Captain Wallace Patillo Reed. The pay wasn’t equal for these men; Williams earned $200 a month, half the salary of his white counterparts.

At 27, he was deemed too old to fly, but needing meteorologists, the military sent Williams to UCLA to study meteorology. Now enlisted, and completing his studies, Williams returned to Tuskegee. He helped train pilots for 22 years. Many of them went into combat training at Selfridge Field in Detroit, flying P-40s.

His job now included drawing weather maps, doing forecasts and teaching instrument flying to the Fighting 99th Squadron of the Tuskegee Airmen. The 99th were assigned to the 332nd squadron and deployed to North Africa and Italy to fight in the war. Williams stayed behind since instructors were not allowed in combat.

The Tuskegee Airmen were assigned to escort bombers during World War II; boasting one of the lowest loss records of all the escort fighter groups. Due to the success of the Tuskegee Airmen, in 1948 President Harry S. Truman ended segregation in the military.

Training others, but still wanting to fly; Archie Williams got his chance to see combat. In 1950, Williams was deployed to Korea, Okinawa and Japan. He flew four combat missions in B-29s. 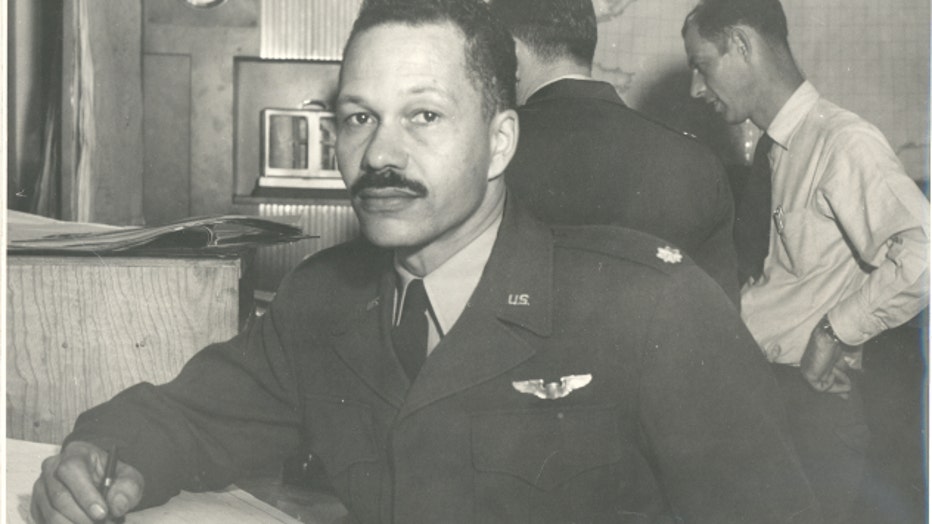 Following the Korean War, Williams helped set up the weather station at Lockbourne AFB in Columbus, Ohio. He had a weather detachment with the Air Defense Command 26th Air Division in New York, then on to Alaska (Elmendorf AFB) and March AFB in California, eventually retiring in 1964 from the military with the rank of Lieutenant Colonel.

But he still wasn’t done! At 55, Williams decided to become a teacher. He taught math and computer science and coached track and golf at Sir Francis Drake High School (now Drake/HS 1327) in Marin County, California for more than 20 years! He retired from teaching in 1987 to return to his love of flying. He was the co-owner of Blue Sky Advertising.

Archie Williams passed away in 1993 from a heart attack at the age of 78.