(FOX 2) - A warmer and eventually wetter day is on the way!

We'll get you out the door dry for the morning commute with scattered storms likely mid and late afternoon. 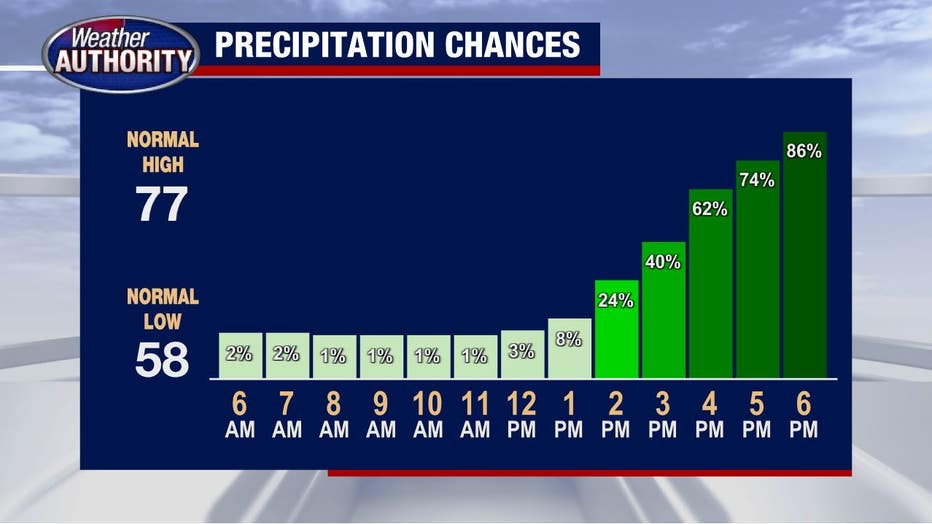 Temperatures are moving up too. We'll top out at near 80 degrees midday before the storms cool us down. 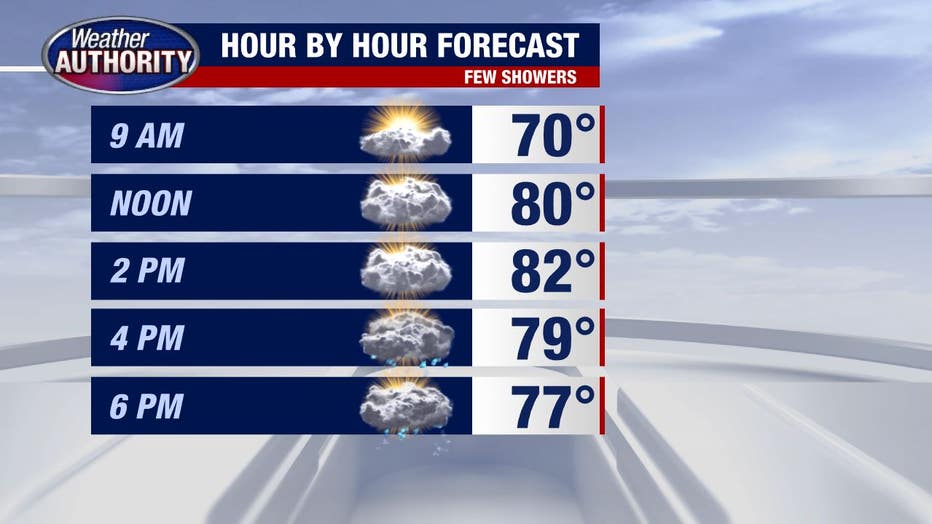 There is a lot of moisture so we'll squeeze out some serious downpours, which could lead to localized flooding.

A flood watch goes into effect late this afternoon and runs through tomorrow morning.

Strong winds aren't likely with any storms, but they're possible. So we have a marginal risk for damaging winds within any storms later this afternoon and this evening. 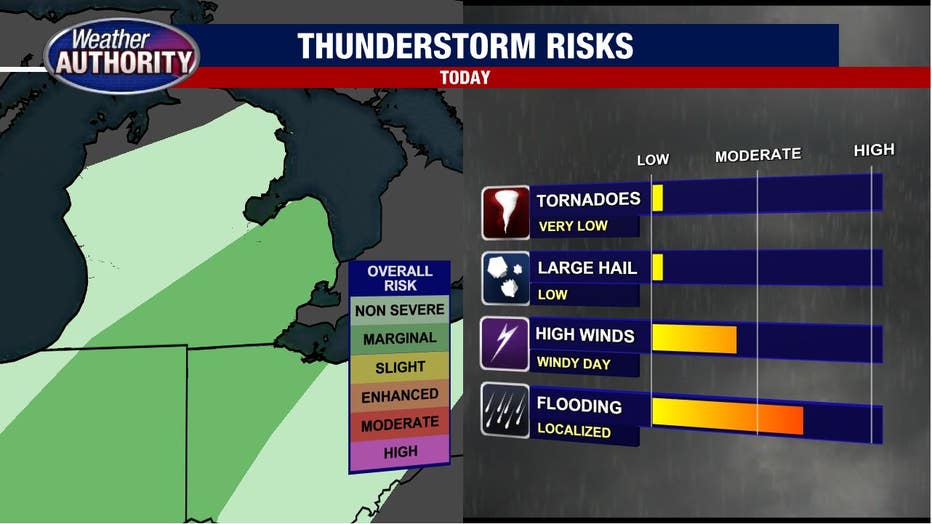 We'll cool off with the passage of the cold front with another round of wet weather by the middle of the week. 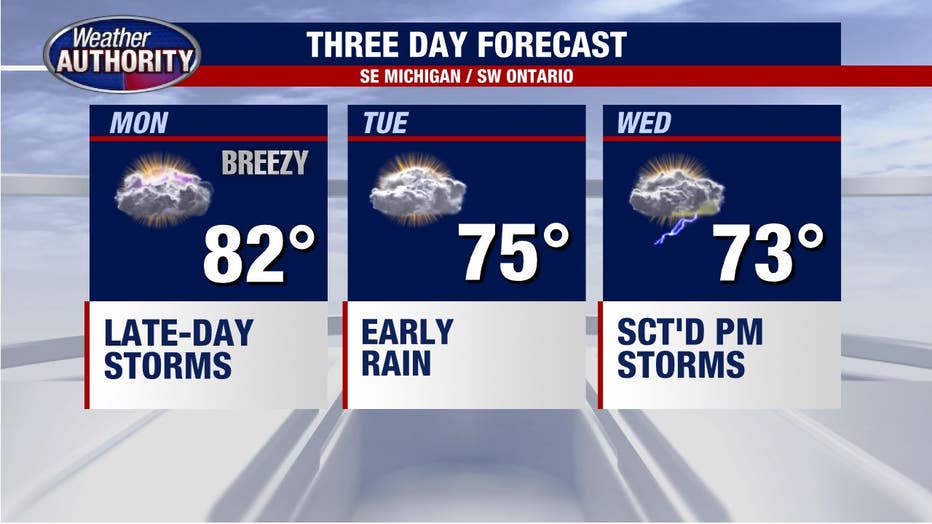