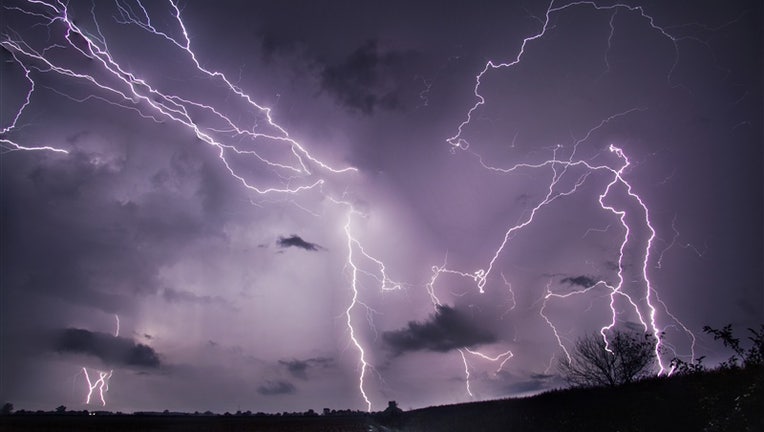 DETROIT (FOX2) - Do you remember as a child looking up at the sky with wonder as lightning streaked overhead? You were watching the raw power of nature. One stroke of lightning can heat the air around it to 54,000F! That’s more than 5 times hotter than the sun! This extreme heating causes the air to rapidly expand, producing what we hear as thunder. 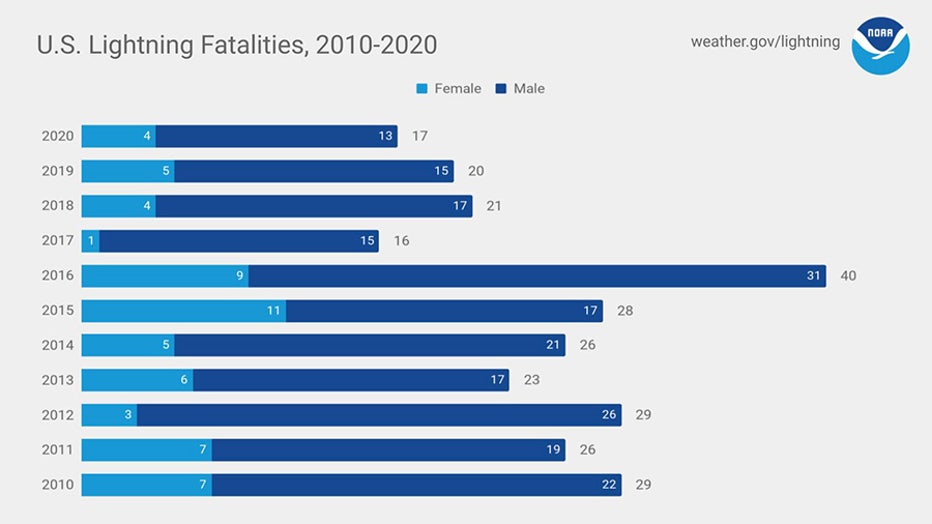 From a distance, lightning is impressive but up close it can be deadly. Lightning strikes the United States about 25 million times a year at 100 times a second claiming numerous lives. According to the National Weather Service, Michigan ranks number 11 in the country for lightning deaths. Over 80% of those deaths occurred in June, July and August.

And that makes sense given what we know about lightning development. Lightning is the discharge of electricity from within a thunderstorm. We know from our past blogs about storm development that thunderstorms need moisture, unstable air (brought about by heat) and lift to develop. Within a thunderstorm, it’s during the mature stage where rising air continues to feed the storm (updraft) and precipitation creates a downdraft pushing cooler air downward, that frequent lightning can occur.

Here’s what’s going on. Ice crystals high up within the thunderstorm are moving up and down, crashing into each other, separating the positive and negative charges within the cloud. The top of the cloud becomes positively charged while the base charge becomes negative. Once the negative base charge gets large enough, a flow of negative charge called a stepped leader rushes toward the surface of the Earth where the ground there is positively charged. Opposites attract! The Earth’s positive ground charge flows upward to meet the negative charge. When the two meet, an electric current is created known as the return stroke. This is what we see as a flash of lightning. 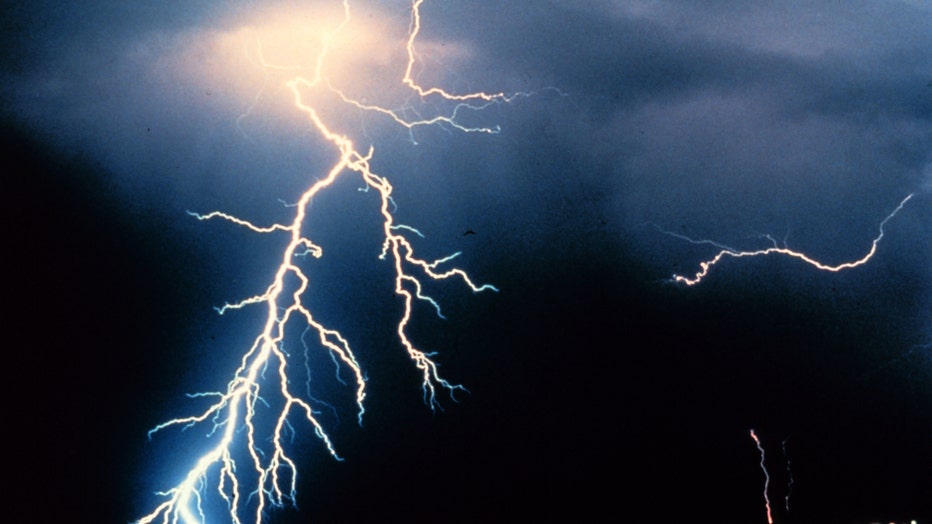 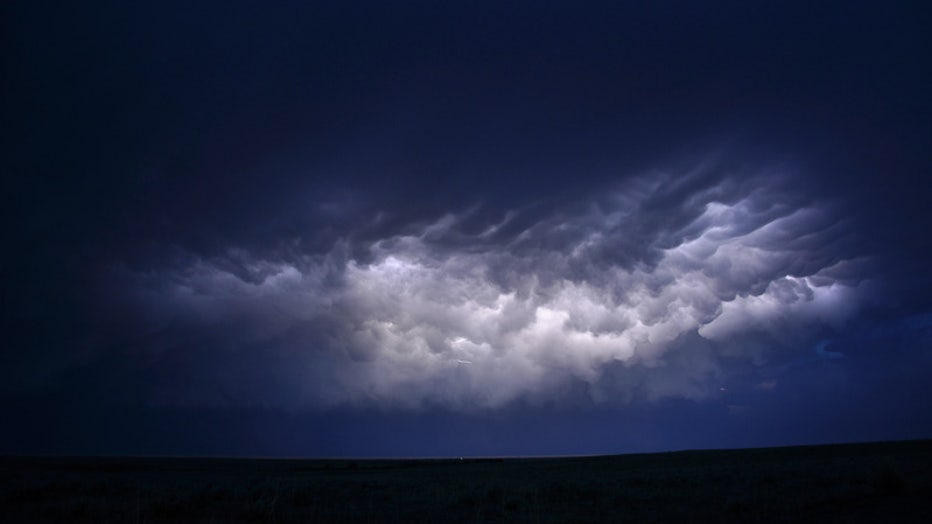 Intra-cloud and cloud to cloud lightning are more common and account for almost two-thirds of lightning strokes.

These flashes are best viewed from a distance. If you hear thunder, lightning is close enough to potentially strike you. To tell how far away a thunderstorm is, count the number of seconds between the lightning flash and the thunder. Divide this number by five and that should tell you how far away you are from the storm. For example, 10 seconds between the flash and the thunder divided by 5 would indicate the storm is 2 miles away. Stay inside at least 30 minutes after you hear the last rumble of thunder. 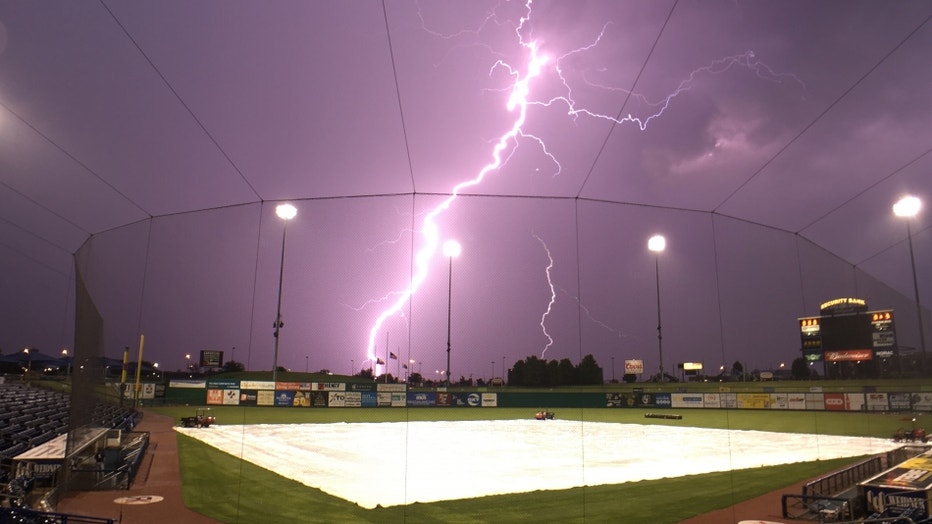 Let’s run a couple of scenarios. Say you’re caught outside without shelter, what should you do? Never stand under a tree or tall object, but you also don’t want to be the tallest object standing on a hill as a target. On the golf course, put down your clubs. Get off golf carts, bikes and motorcycles. If you’re with a group of people, spread out to avoid the current traveling among the group. Remember, the ground carries a charge. Try to seek shelter. Get away from a water source, lakes or streams. Water conducts electricity. Stay away from power lines. If driving, watch out for downed tree branches or live power lines.

John Jensenius, Jr., a Lightning Safety Specialist with the National Lightning Safety Council breaks it down this way in his executive summary: "From 2006 through 2019, 418 people were struck and killed by lightning in the United States. Almost two thirds of the deaths occurred to people who had been enjoying outdoor leisure activities. During this 14-year period fishermen accounted for four times as many fatalities as golfers, while beach activities and camping each accounted for about twice as many deaths as golf. From 2006 to 2019, there were 40 fishing deaths, 25 beach deaths, 20 camping deaths, and 18 boating deaths. Of the sports activities, soccer saw the greatest number of deaths with 12, as compared to golf with 10. Around the home, yard work (including mowing the lawn) accounted for 18 fatalities. For work-related activities, ranching and farming topped the list with 19 deaths."

Lightning doesn’t have to strike you directly to hurt or kill. You could be struck by a side flash. That’s when lightning strikes a tall object nearby and the portion of the current jumps to you. 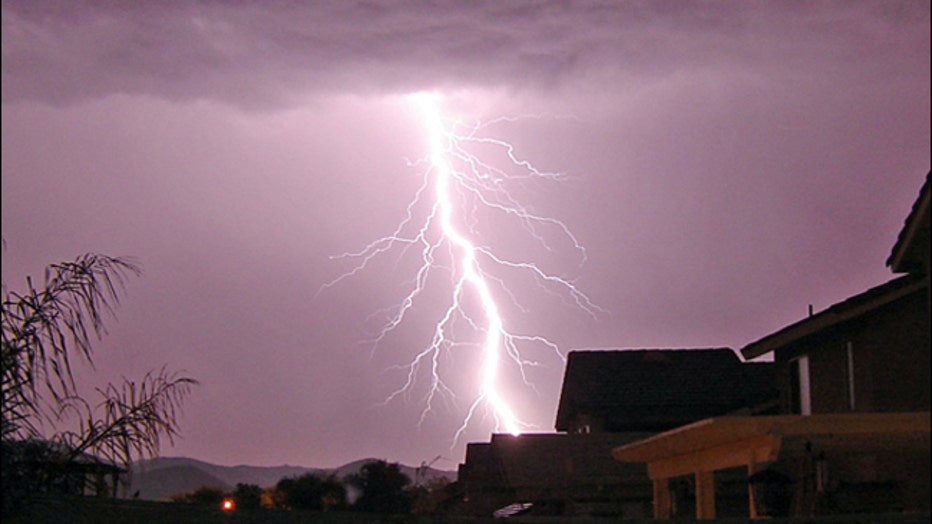 Indoors, the NWS says lightning can still pose a threat. They advise not to touch electrical equipment (computers, TVs, appliances) or electrical cords. Stay away from windows and doors. Strikes by conduction through metal objects are the leading cause of indoor lightning injuries and deaths. If your house is struck by lightning, safely check to make sure it’s not on fire, then inspect all appliances and devices that were plugged in when lightning struck for damage to cords, scorch marks or blown out light bulbs.