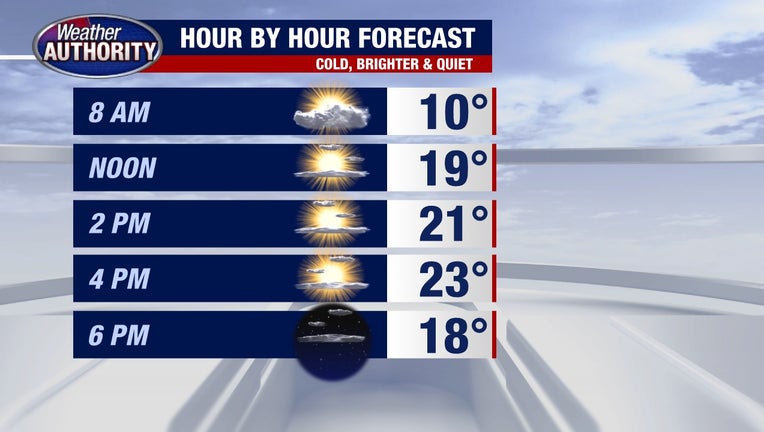 DETROIT (FOX 2) - The cold remains and the sun returns. Clouds are hanging around for some this morning (Livingston & Washtenaw counties), but those will likely give way to good sun eventually this morning. It will be a nice counter to the cold you'll feel stepping out this morning but it isn't going to do much to keep you warm outside.

We'll get to just above 20 degrees Friday - not exactly warm - but it is January in Michigan, after all.

The weekend looks cloudier with a few snow showers possible late Saturday, but any accumulation looks doubtful locally, with greater chances for an inch or so in the Saginaw Bay. 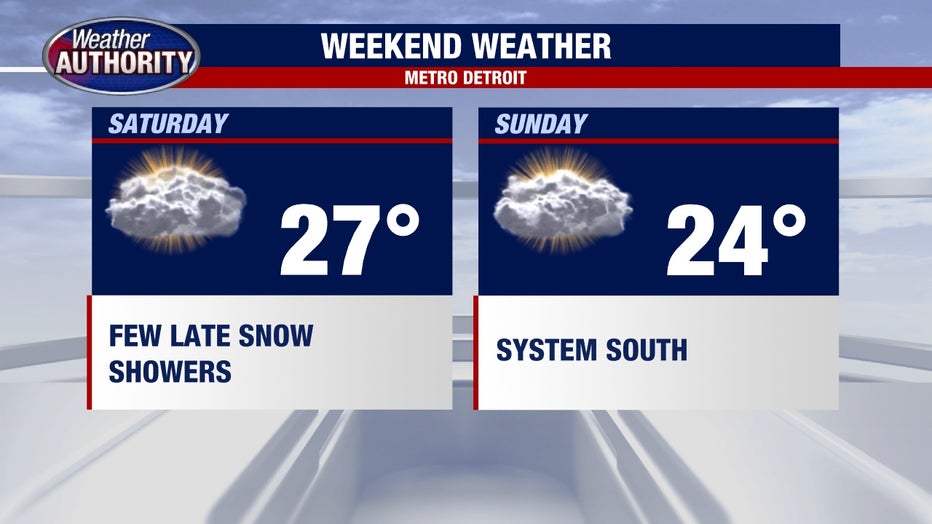 A system passes harmlessly by to our South Sunday.

Track the weather anywhere you are with the FOX 2 Weather App. It's free in the App store or Google Play.

Monday is still lining up to be our next best chance for accumulating snow. Data has been pretty consistent with this system, lending confidence to the forecast. It's a bit early to get specific with totals, but it looks to be on the minor side at this point. 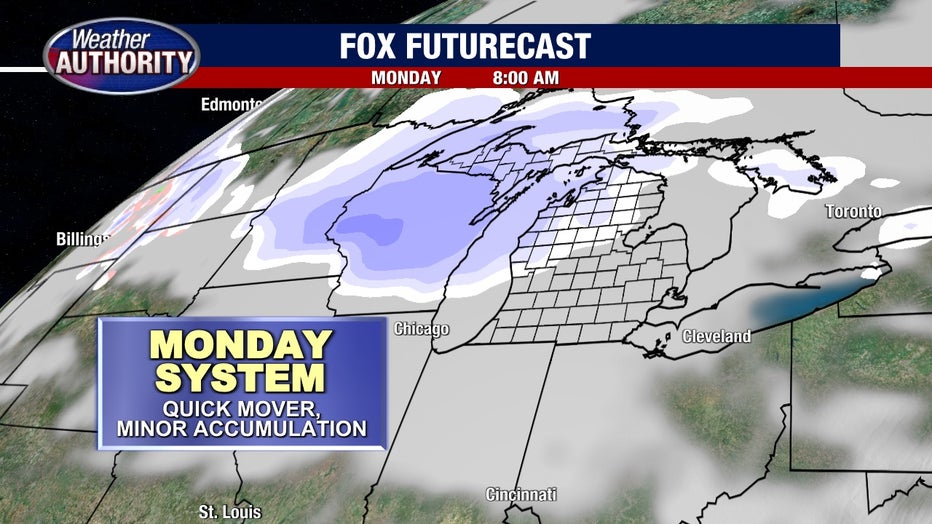 As for next week? We're not getting much warmer. In fact, we're going to be below average for the next seven days as we won't even hit 30s at any point in the next week. 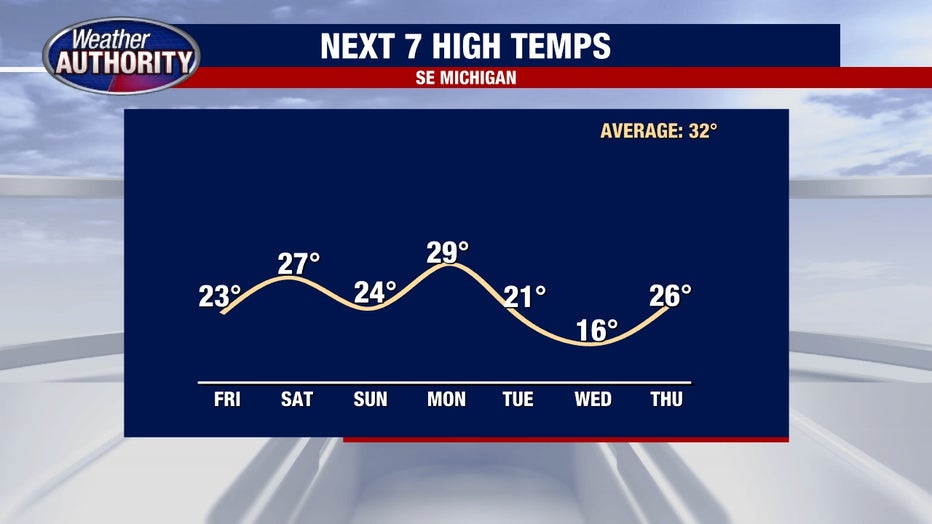