Expect a wintry mix of snow, sleet and rain this morning with temperatures hovering around freezing all day. A coating to 2 inches of snow is possible with some areas in our northern suburbs nearing 3 inches of snow.

Only a few miles separated Southeast Michigan residents from snow or rain, depending on what end someone lives.

The grass looks green and freshly washed after morning showers dumped rain and freezing rain on Washtenaw and Monroe Counties. But take I-75 north to Oakland County, and a mix of snow and rain can be seen layered on the freeway shoulder and adjacent grass. 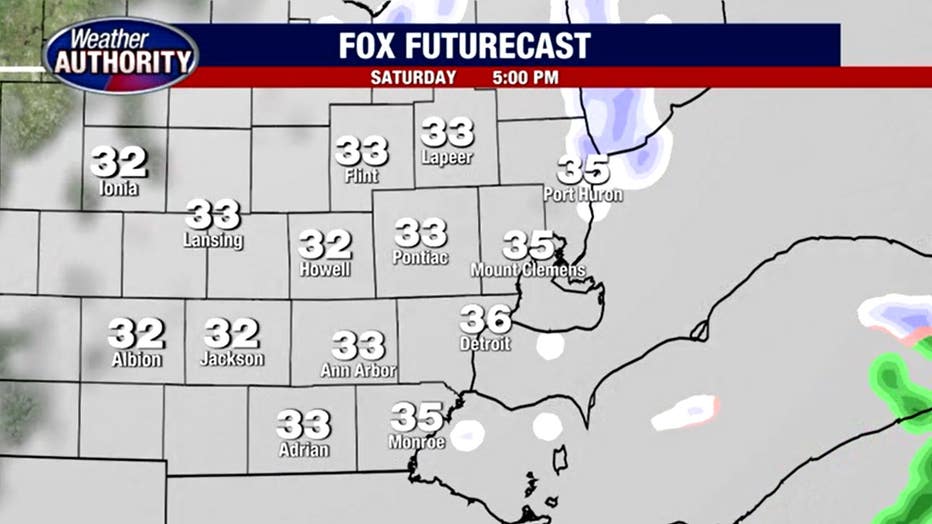 Go further north in Oakland, Macomb, and St. Clair County and it's white.

Southeast Michigan got a dose of just about everything Saturday morning as a weather system coasted through the Midwest, dropping in some places several inches of snow. The variety has created tricky road conditions for much of Metro Detroit.

The rain falling over the region is hitting things like cars, mailboxes, and elevated surfaces, freezing over surfaces. 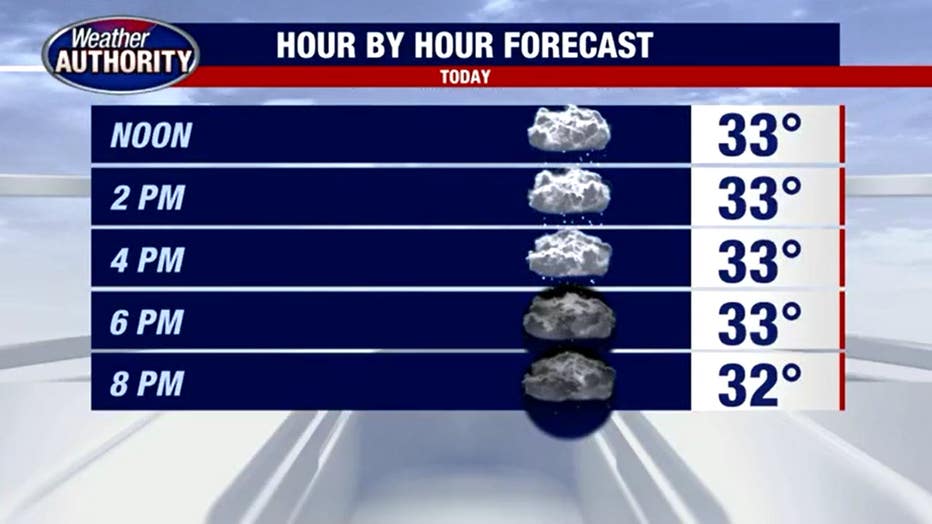 It may have been some people's first times getting their windshield scraper out as rain fell and stuck to outdoor surfaces. While the highways won't have as much ice due to MDOT pre-treating the roads, side streets, and alleys might pose more of a concern.

Residents living north of I-696 should take caution on the roads and expect a few delays on the highways. Those living in the thumb should use extreme caution as even the freeways could be a bit slippery at some bridges and overpasses.

The snow that's falling is of the wet variety and might be a bit heavy to shovel. That means call the kids if any snow clearing needs doing if lifting heavy objects is of a concern.

While the freezing rain and snow will stick around, it is likely going to end for the weekend around 2 p.m. Freezing temperatures will maintain conditions into Sunday as the sun peeks out. Drivers should plan on slick conditions for Sunday morning. 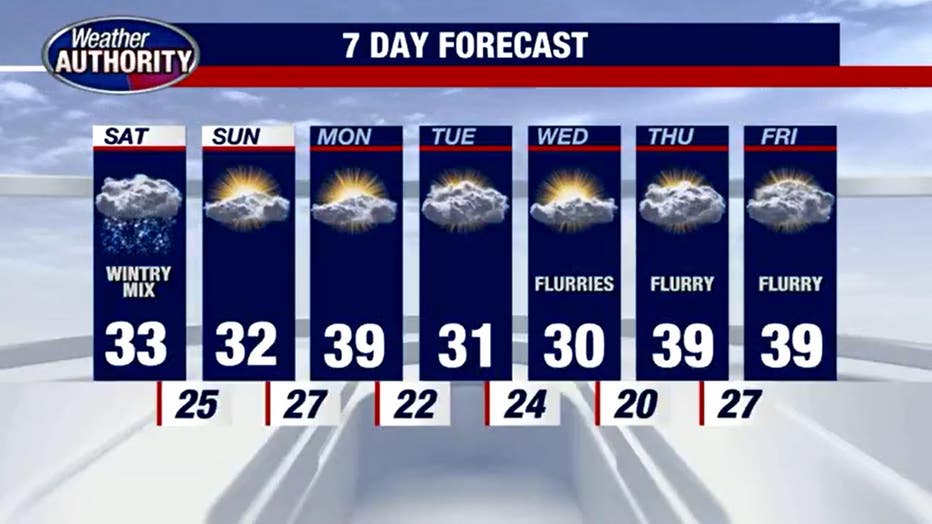 The week forecast is looking to be Michigan's coldest of the season as temperatures don't appear to increase higher than 39 degrees. That's expected for Monday, Thursday and Friday. A mix of 30-33 degrees are the forecasted highs for the rest of the week.

Depending on where someone lives, it may be a white Christmas for Southeast Michigan. But for most of the region, probably not.