Grab a heavy coat and head outdoors or take a seat by your window. You don’t want to miss this! Tonight (Sunday into Monday morning) is the peak time to see the Geminid meteor showers. 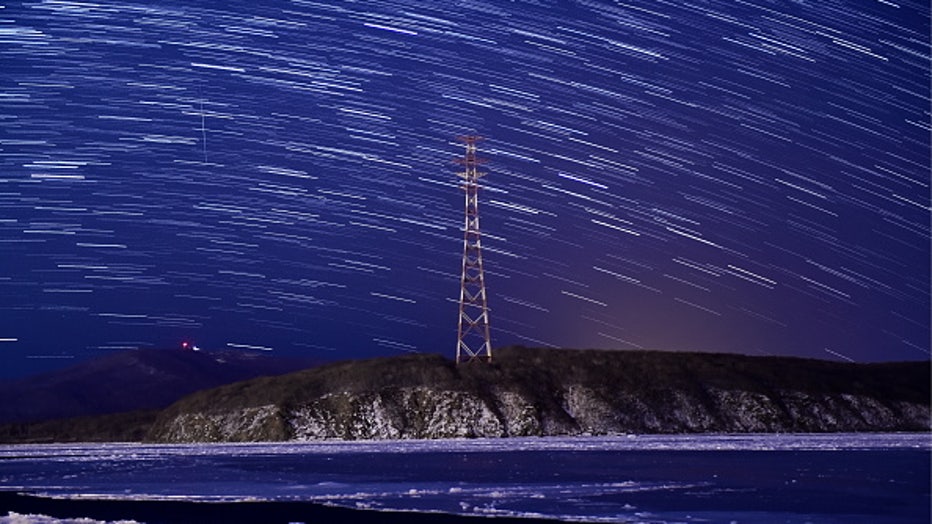 VLADIVOSTOK, RUSSIA - DECEMBER 14, 2017: The Geminids meteor shower during its peak, in the night sky over Vyatlin Cape on Russky Island in the Sea of Japan. Yuri Smityuk/TASS (Photo by Yuri SmityukTASS via Getty Images)

Promising to put on a show featuring 50 to 100 meteors per hour, Earth will pass through a stream of debris from the asteroid named 3200 Phaethon. This asteroid is unique because it shares characteristics with both an asteroid and a comet, earning the name rock comet! These small fragments were first reported in 1862 and should light up the sky!  A bonus: Tonight is also the New Moon, meaning the sky will be darker with very little illumination from the moon, making these meteors easier to pick out. 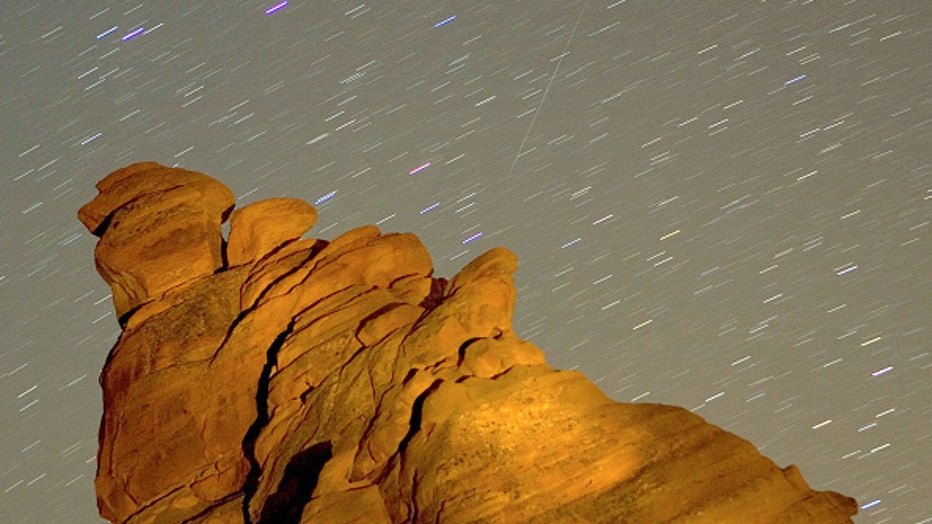 VALLEY OF FIRE STATE PARK, NV - DECEMBER 14: A Geminid meteor streaks diagonally across the sky against a field of star trails over one of the peaks of the Seven Sisters rock formation early December 14, 2007 in the Valley of Fire State Park in Nevad

In recent years, the Geminids have not disappointed. Frequently peaking at more than 100 meteors per hour exhibiting fireballs or extra bright meteors in colors of white, green, yellow and orange! 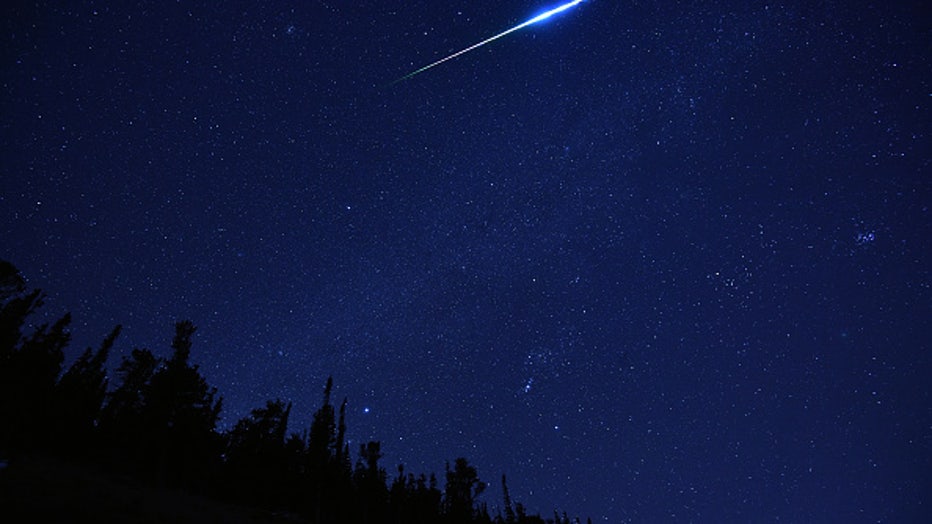 EVERGREEN, CO - DECEMBER 14: One of green-glowing meteors over squaw pass. December 14, 2018. The annual Geminids meteor shower is one of the best times to see shooting stars. (Photo by Hyoung Chang/The Denver Post via Getty Images)

How to see them? The Geminids can appear at any part of the sky. I like to stand out in front of the house and just look up! Look away from any streetlights, try to find the darkest patch of sky. If you track the constellations, look near Gemini, it’s position will be high in the sky. There are various times you can look upward. Start searching the sky after 10pm until 5am Monday morning for the best views. The later the better. You should see brief streaks of lights! 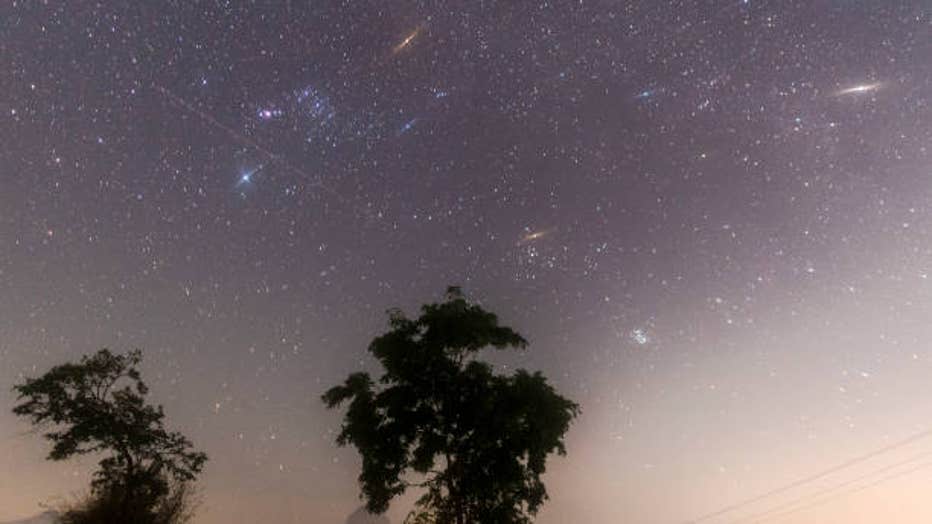 MUMBAI, INDIA - DECEMBER 14: Geminid meteor shower seen from Pawna lake near Lonavala on December 14, 2017 in Mumbai, India. Stargazers across the globe braved the winter chill and were rewarded with a spectacular display of shooting stars as the Gem

Detroit’s forecast Sunday night calls for mostly cloudy skies, but no worries. The Geminids are visible each night this week becoming less active each evening. 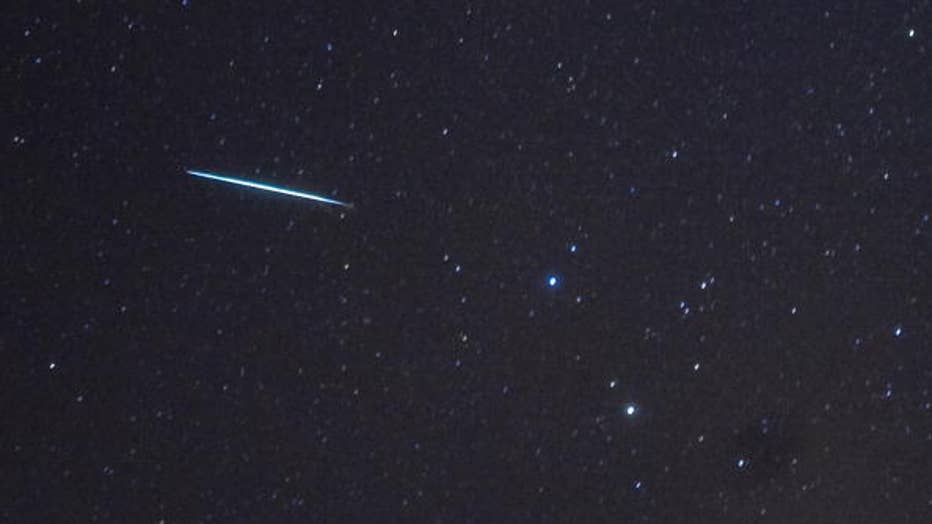 A meteor (L) from the Geminids meteor shower enters the Earth's atmosphere past the stars Castor and Pollux (two bright stars, R) on December 12, 2009 above Southold, New York. This meteor shower gets the name "Geminids" because it appears to radiate