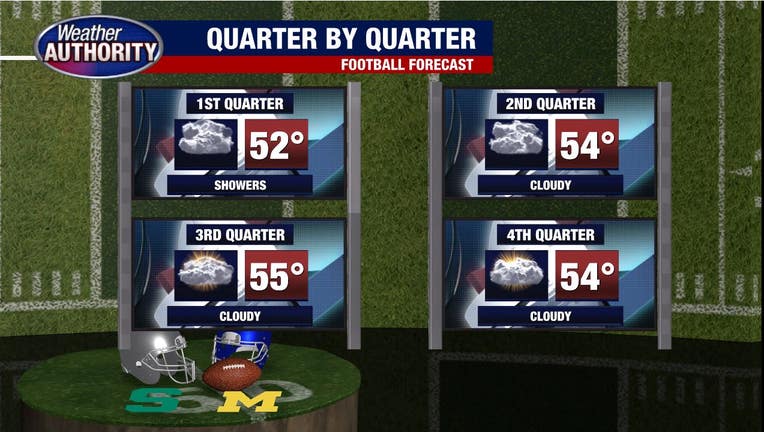 EAST LANSING, Mich. - Who's ready for the biggest Michigan/Michigan State football game in over 50 years! The excitement! The tailgating! The football! The... rain?

I'll start out with this: the rain forecast is looking better and better for the actual football game. but it still looks damp for the early tailgaters. A large area of rain is affecting most of the Eastern United States and it's taking a while to exit the area. 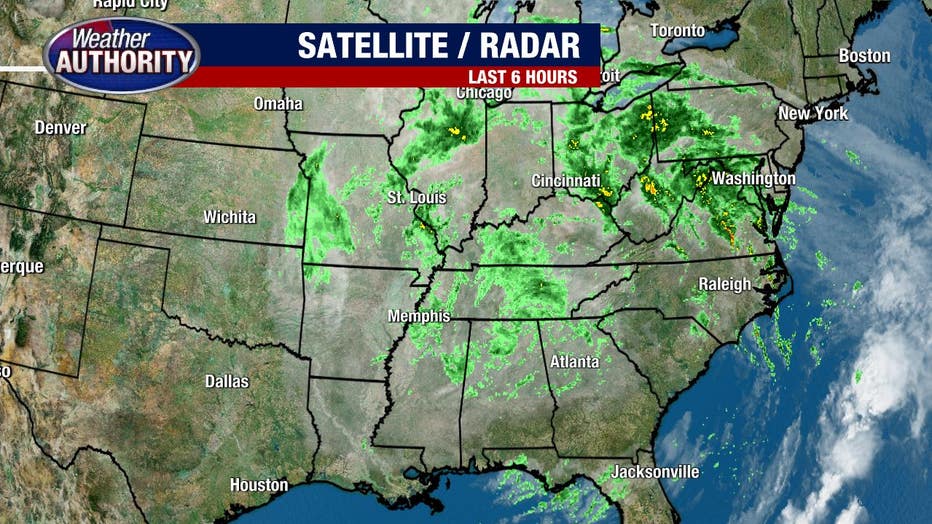 That means plan on a rainy Friday for the most hardcore tailgaters who get there very early - and the rain will stick around as we head overnight too.

Let's get to the nitty-gritty. Saturday morning at 6 a.m. the rain chances are expected to be near 50% for the East Lansing area. It will be light rain, which means with the right rain gear you'll be able to handle it (if you're ok with a drizzly shower from time to time).

RELATED: How the UM-MSU game got its Paul Bunyan Trophy

By 8 a.m. the chances are still around 50% but they fall to less than 40% by 9 a.m. At this point, temperatures will be a chilly 48 degrees but with the gusty breeze, it will be feeling like the lower 40s. 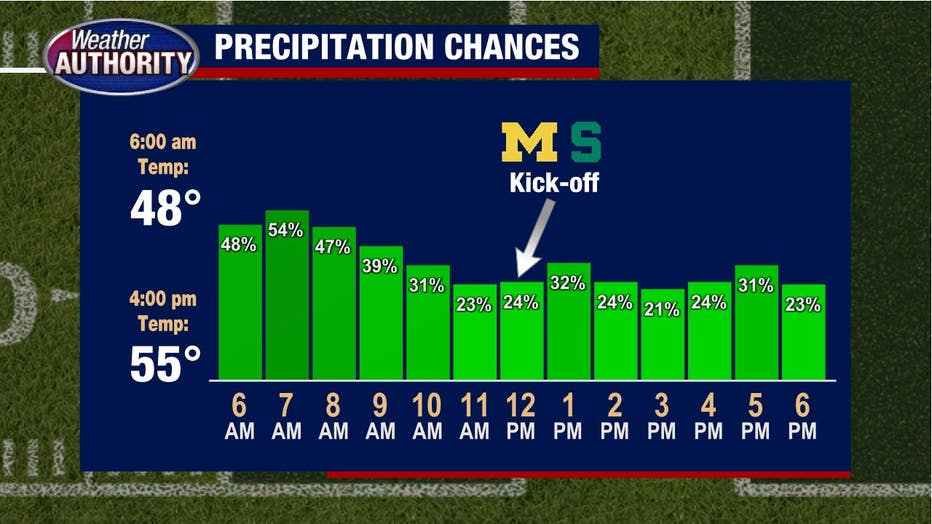 By noon, the chances fall to 25% and I suspect while some people may be damp, it'll be just fine for the players on the field to play some football.

During the game, the temperatures will jump to between 52-55 degrees while the rain chances are lower. A passing light shower may come and go, but it will not be consistent rain. Fans should bring rain gear with them inside the stadium just in case one of the showers passes over Spartan Stadium. 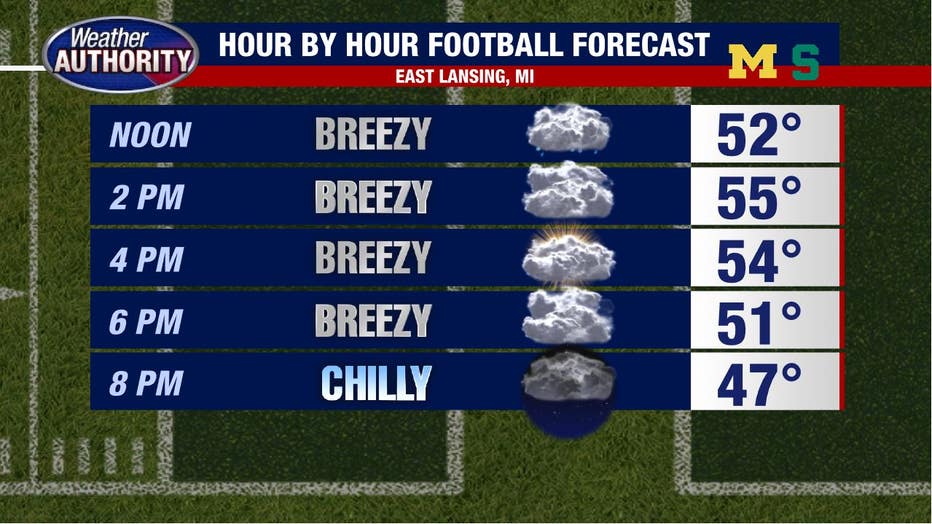 After the game, the fun will continue in the city of course, but unfortunately, the rain chances stay near 30%. Just like near game time, they won't be heavy but they could be annoying and damp. 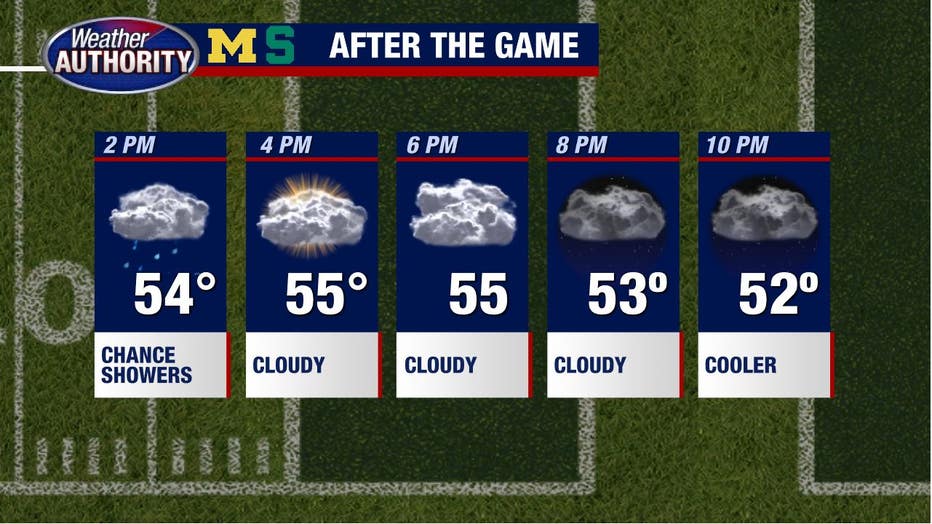 So the takeaway is: