SOUTHFIELD, Mich. (FOX 2) - With six days to go before Christmas, there's bad news about your white Christmas dreams: they're not happening. And, we were wrong.

Yes, this is the story we publish weeks after the first one that said we expect a White Christmas dream to come true. That expectation was created on December 5th with a strong likelihood that there would be snow on the ground. But...that was 14 days ago and, well, things have changed. 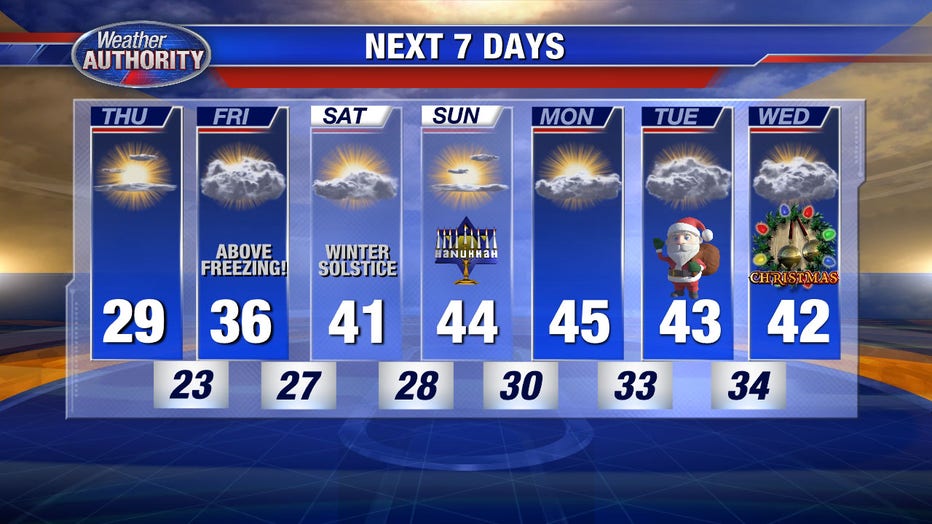 Temperatures over the next 7 days will be in the 30s and 40s, dashing any white Christmas dreams in 2019.

In early December I was doing some prognosticating. I watched models show me three possibilities for snowmaking systems between then and Christmas Day.  One was small, the other missed us by 50 miles and the third fizzled out.

So now here we are, 6 days from Christmas and people are saying, "Derek!  You said we'd have a White Christmas!". To those people I say two things:

Track weather every day of the year - including Christmas once we're 10 days out - with the FOX 2 Weather App. It's free!

It's pretty safe to say we won't have snow on the ground on Christmas Day this year.  Heading into the weekend we are going to see temperatures climb up into the 40s with a high on Monday the 23rd of over 45 degrees! 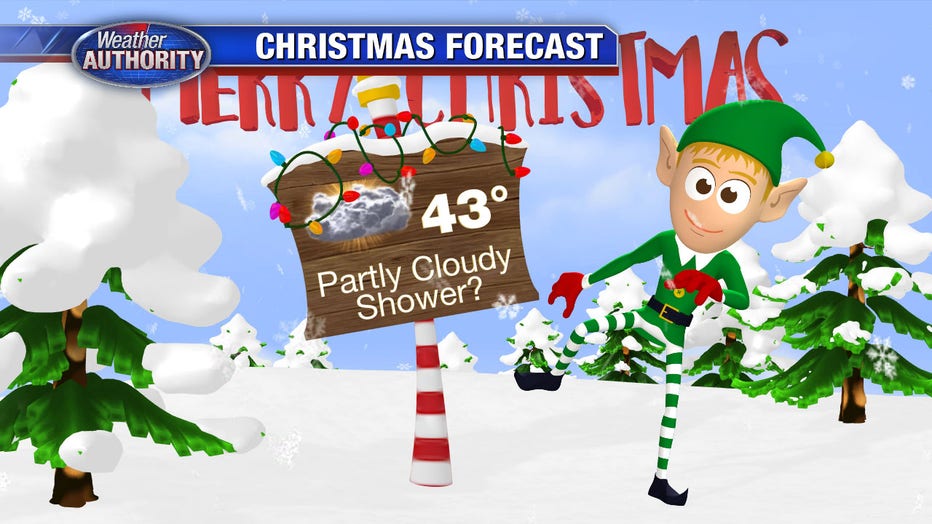 No white Christmas dreams are coming true in 2019 for the Detroit area.

Any snow left on the ground will melt and no more will fall with a stable atmosphere setting up.

Christmas Day may, in fact, see some precipitation but with highs in the low 40s - it would all be rain, not snow.

Those dreaming of a White Christmas will have to wait until next year.

Statistically speaking, it's a coin flip for Southeast Michigan on whether or not we have a White Christmas. Our odds sit right between 41-50% for having at least 1 inch of snow on the ground when we wake up Christmas morning.

So far, we've had one big snowstorm, but a lot of other much smaller systems. But winter is only just getting started.