Anchors from the Nine took a shot at Kendama, the Japanese skill game that tests one's ability to land and juggle wooden balls and a stick.

But for the pros that partake in Kendama, the Japanese wooden skill toy game, it also requires some rhythm and dance skills to really pull off the higher level tricks.

"Essentially, it's a mind over matter game," said one Kendama user. "Kendama is all about what you take for it. There's really no right or wrong way to do it but as you progress, the tricks do get a bit more advanced."

Bruce Morse and two others adept at the craft of Kendama showed off the game Monday ahead of the Dama in the D event this weekend.

The three-day event hosted in Wyandotte by the Downriver Council for the Arts from Friday through Sunday.

The actual toy looks like a wooden mallet attached to a ball by a string. The idea is to catch the ball on either side of the hammer. The difficulty of the tricks escalates from there. 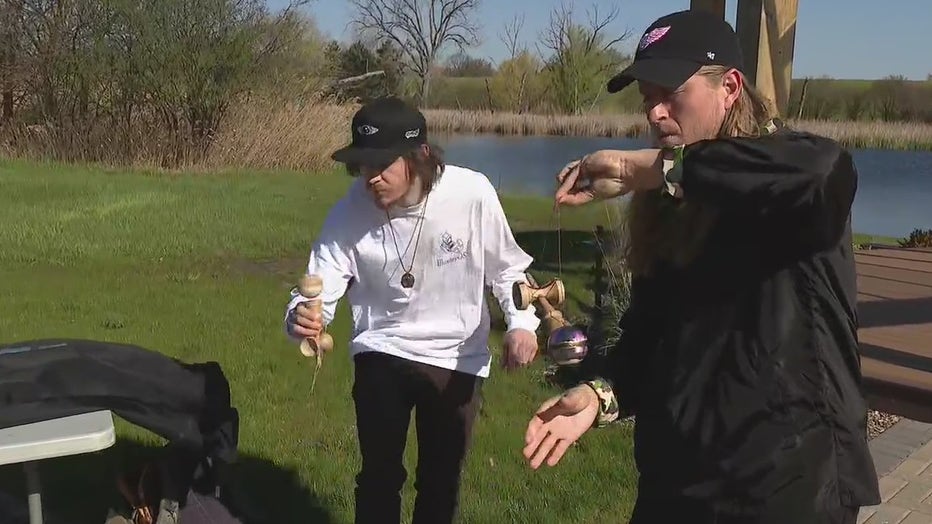 The event will be held at 81 Chestnut Street, Wyandotte.

More information on the event can be found on its Facebook page here.