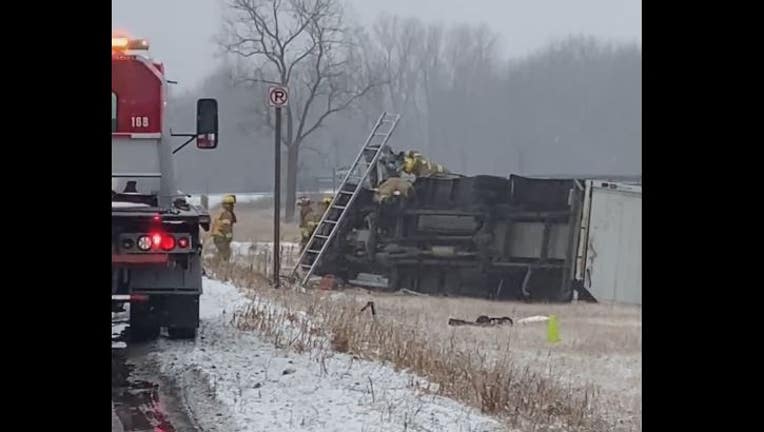 CHESTERFIELD TWP., Mich. - Emergency vehicles are responding to a multi-vehicle crash on New Haven Road in Chesterfield Township where at least one person had died.

Video from the scene showed a tractor-trailer overturned several feet away from the road. Debris from the wreckage and another vehicle that was flipped on its side could also be seen in the middle of the road.

A man who owns a dealership nearby and posted several videos of the scene said there were "definitely over 20 emergency vehicles" near the wreck in one of the clips.

Several emergency vehicles including fire engines, police vehicles, and tow trucks were all spotted at the accident.

Sgt. Kenneth Anderson with the Chesterfield Police Department confirmed the death Tuesday, saying the crash happened around 10 a.m. and that snow was still falling on the slushy roads when a 2013 Dodge Ram and a 2015 GMC box truck flipped.

According to Anderson, investigators believe the Ram was headed south on New Haven when it lost control and was hit by the GMC box truck head-on.

The driver of the Ram, identified by Anderson as 65-year-old Ronald Powers, died at the scene.

The driver of the box truck was hospitalized with serious injuries.

It was a slippery day Tuesday after snowfall brought some of the heaviest flurries this winter. Up to four inches of snow fell in some parts of southeast Michigan by mid-morning.

In one of the clips, firefighters had placed a ladder along the bottom of the overturned semi-truck and could be seen working on the driver's side of the rig. 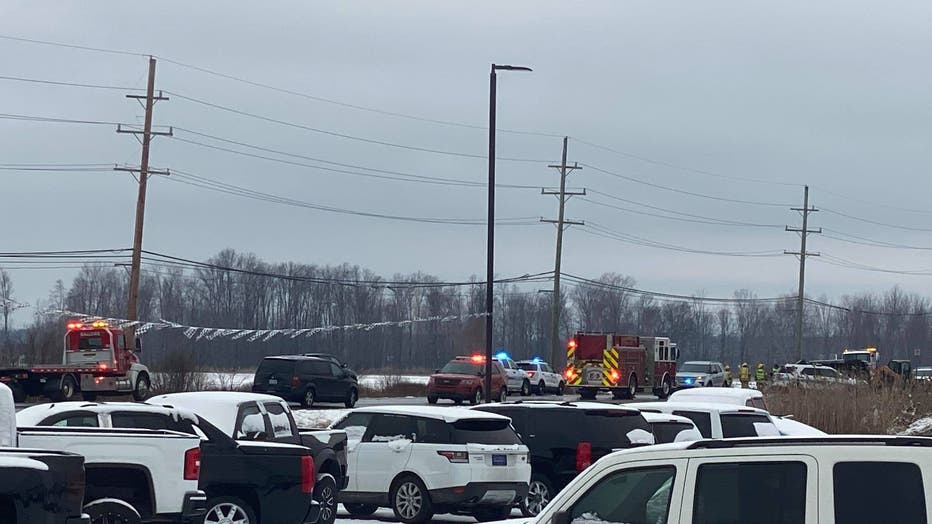 The crash closed New Haven Road between 26 Mile and I-94, just north of New Baltimore for several hours. Lines of traffic were also seen behind the wreck.