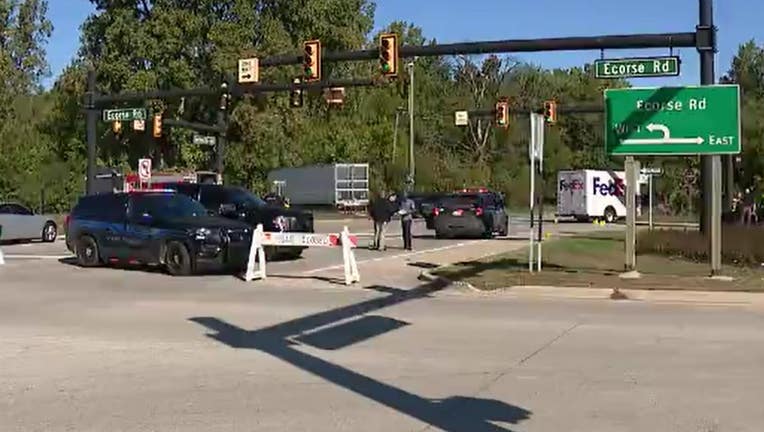 Police at the scene of Ecorse and Belleville for a second accident on Friday.

The first incident involved a cyclist getting struck by car around 7 a.m. and the second happened at 9:30 when two commercial vehicles collided.

It happened at the intersection of Ecorse and Belleville, police said Friday.

The cyclist in the first incident sustained serious injuries and was taken to a local hospital.

As police were investigating the scene two commercial vehicles crashed, resulting in one of the drivers being fatally ejected from the truck. The other driver was also seriously injured, police said.

A semi-truck hauling a trailer was seen off the road and partially concealed by the tree line.

MORE: Amazon driver carjacked by gunman in ski mask on Detroit's west side

The public is asked to avoid the area as police continue investigating the scene.