1-year-old girl dies after being babysat, leaving police and her dad with questions

A Metro Detroit family's 1-year-old daughter is dead, and Detroit police are investigating.

The tragic death of Justice Starks happened after she was injured while being watched by a friend of the family - but police say there are plenty of unanswered questions.

"We’ve been meeting on that all morning, our investigators are going back out. We have a number of concerns with what we've learned," said Detroit Police Chief James White.

The girl's father said he shares custody with Justice’s mother and that he allegedly received a text from her saying that when his daughter was with the mother’s friend, she fell down the steps and hit her head.

"The child was in the care of a non-parent," White said. "What we’ve learned thus far is that the mom may have left the child with that person, and allegedly that’s how the injuries occurred (and) were accidental. The investigation gives us some pause on some issues that we're looking into."

The father of Justice says two days after being in the hospital, his little girl was declared brain-dead and passed away this week. He said his heart was broken, while DPD continues to look into what happened.

"We’re not ready right now to declare anything - we just don’t know enough," White said. "But I will say we have a number of concerns that we’re looking into and we have a number of investigators that are combing through everything and we will have something, I’m very confident by Monday to announce as it relates to this investigation." 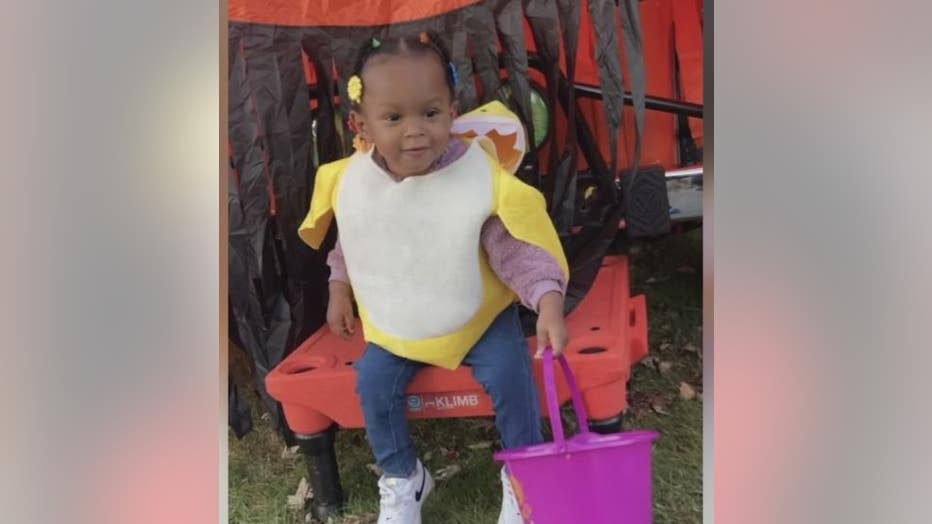