It was the 33rd social media threat to shoot up a school since Oxford - just in city of Warren alone.

WARREN, Mich. (FOX 2) - A school shooting threat was posted online Wednesday leading to the arrest of a suspect - who is just 13 years old.

It was the 33rd social media threat to shoot up a school since last November's attack at Oxford High School - just in city of Warren alone.

"You're going to see more and more of these cases," said Police Commissioner Bill Dwyer. "Computers are used for a lot of different things including sending these messages out, terrorism messages."

The latest threat, posted to Twitter claimed Warren Cousino High School would be shot up at 8 a.m. Carter Middle School, also in Warren, and Community High School in Sterling Heights, would also be shot up on Wednesday.  All three schools were closed as a precation.

"It brought a lot of disgust to the community," Dwyer said.

Yet, within hours after the midnight threat, Warren police identified who they believe is the suspect.

"The 13-year-old that is in custody today, is now faced with a felony," said Dwyer.

The 13-year-old is an eighth grader at Carter middle school that is looking at charges of being a threat of terrorism.

"No quite frankly, he is saying nothing," Dwyer said.

The police seized several electronic devices from the suspect's home from a search warrant - but no weapons.

FOX 2: "The crime is committed even if he can't carry out the threat, is that right?"

FOX 2 spoke to the suspect's mother. She did not want to go on camera, but says that her son is a good kid and would never do anything like shoot up a school.

The suspect could be arraigned on Thursday. 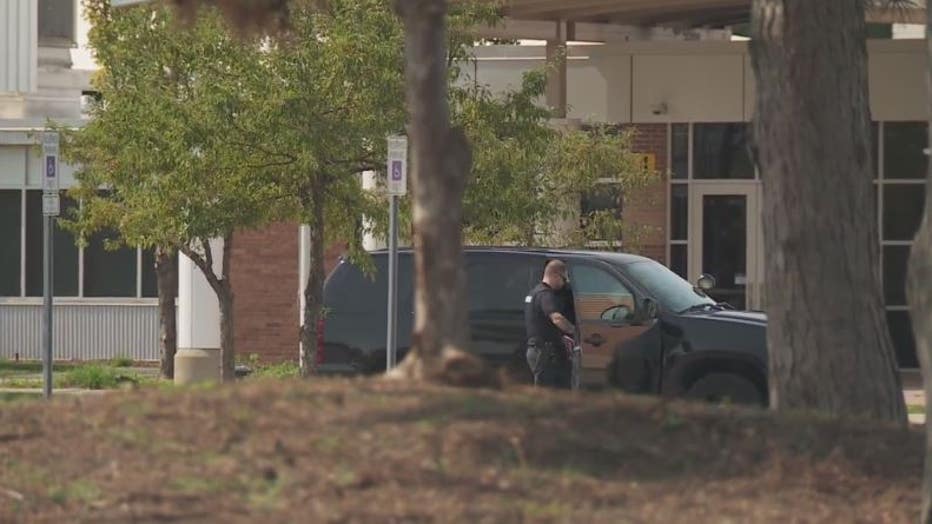