DETROIT (FOX 2) - Federal authorities have arrested a total of six people who they said were running a major opioid distribution ring.

According to the FBI, six people - including two doctors - used three locations in Detroit as a cover for their opioid criminal enterprise that was worth more than $2.5 million.

One of the doctors arrested was Juan Bayolo of Florida. The U.S. Attorney's Office charged Bayolo, a Nevada doctor, and four others from metro Detroit with selling 500,000 opioid pills.

Investigators say the four people from Michigan operated three clinics including one in Lincoln Park… and another in Dearborn Heights.

Patient recruiters attracted patients who met with the doctors over telehealth appointments. Paperwork says the doctors were paid to illegally write prescriptions without any physical examination.

The four people arrested in Michigan are Angelo Foster and Brandy King, both of Detroit, Latrina williams of Sterling Heights. and Edward King of Northville.

"As we know opioids don’t just affect the individual that’s suffering with the addiction. It affects everyone they connect with. It affects their families. Families oftentimes, they have such love and such care for this individual but they don’t know what’s the right way to approach this and treat this," said. Beaumont's Dr. Michael Gratson.

Gratson is the Medical Director of Beaumont's Emergency Center Opioid Disorder Program. The program offers support to patients and families who struggle with the aftermath of opioid addiction.

"Opioids are a part of what we use to treat acute pain and suffering, and they certainly have their role. But what’s really important is that clinicians are practicing in the mind that they’re using appropriate safeguards. That they truly evaluate the patient for what’s needed," Gratson said.

The fight against opioid and drug overdose deaths continues and the American Medical Association says 107,000 people died from overdoses from December 2020 through December 2021. 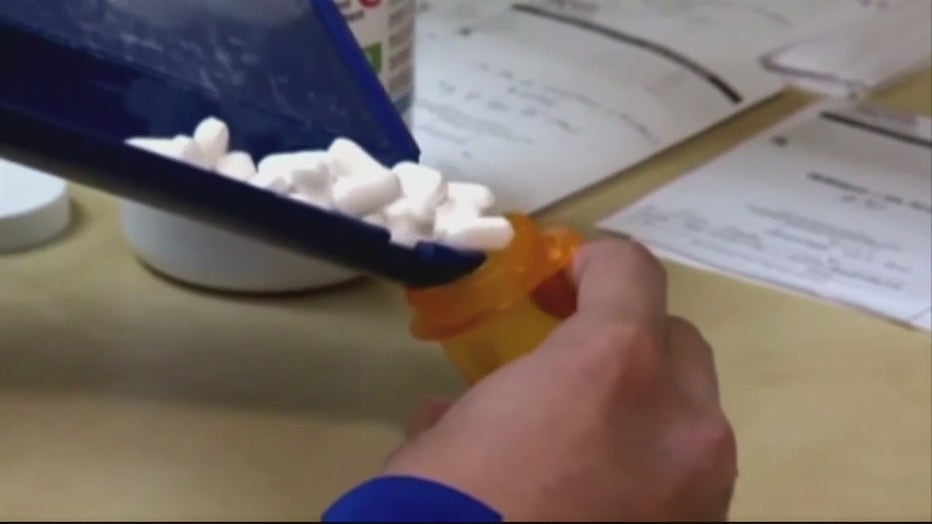