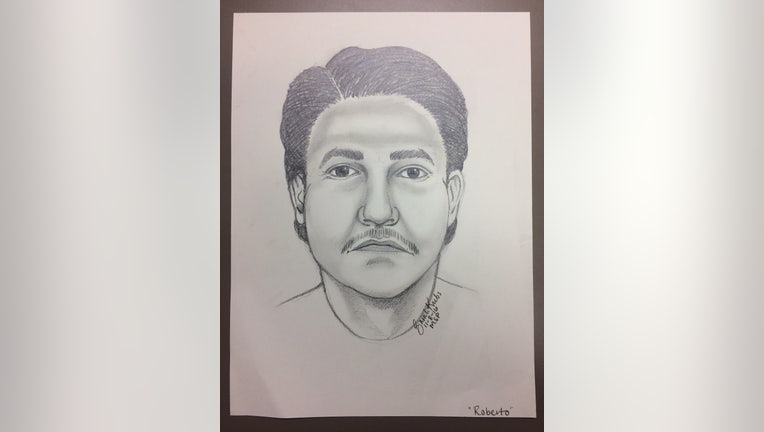 A sketch of what the man may have looked like, based on a witness description. (Photo: NamUs)

LENAWEE COUNTY, Mich. (FOX 2) - More than 25 years ago, the headless body of a man was found under a thin layer of snow in a Michigan field.

A Lenawee County farmer found the body in Lenawee County's Blissfield Township on Nov. 19, 1997. Police said the hands were also cut off.

When the body was discovered, witnesses told police the victim may have been a man named Roberto, who lived with his wife and children in Texas. When he left his home, he was supposed to be traveling to Chicago and back. However, the case went cold. Without the head and hands, though, police haven't been able to identify the victim and the case went cold.

However, a break in the case led to the arrest of two people Tuesday. The United States Marshals Service located the suspects, who are brothers, in Ohio.

Richardo Sepulveda, 51, of Cincinnati, and Michael Sepulveda, 49, of Toledo are facing numerous charges:

Michael Sepulveda has waived extradition and Richardo Sepulveda goes before a judge Wednesday at 8:30 a.m.

"Michigan State Police worked with multiple local and federal law enforcement agencies and prosecutors to gather evidence and establish a timeline of events," Attorney General Dana Nessel said.  "I am grateful for their persistence in pursuing this case.  All crime victims deserve justice regardless of how long it takes to receive it."

Police said more people may be charged for assisting with the crime or helping cover it up.