DETROIT (FOX 2) - Two people have been arrested in connection with the death of a former UM Dearborn student-athlete, chief James Craig said Tuesday.

FOX 2 is streaming the updates live on FOX 2 News Now.

Kabria Arnold was shot multiple times on the city's west side and her body was found just before midnight on Sunday, November 10th, in the street near Pilgrim and Bentler.

Chief Craig said a 24-year-old woman and a 28-year-old man, who's believed to be the shooter, are in custody. He said the investigation is ongoing so he couldn't release other details at this time, but he did say investigators believe some sort of domestic issues were involved.

He believes right now the male suspect was possibly a former boyfriend of Arnold's.

Arnold, 20, played three years of softball at Detroit Renaissance High School, where she was team captain and MVP.

"Kabria was just a very loving, beautiful spirit," said Tiffany Arnold-Mitchell, her sister. "She always had a sense of humor, was more so the silly one."

Arnold was the youngest of four softball playing sisters and was a pitcher on the University of Michigan Dearborn team.

She was a public health major with plans to become a registered nurse but she left work at Meijer on Grand River near McNichols that Sunday night and never made it home.

"She did not come home in the amount of time that it took and it kind of sent up alarms," Mitchell said. "And then we checked, no one heard from her and then they got in the car to go look for her." 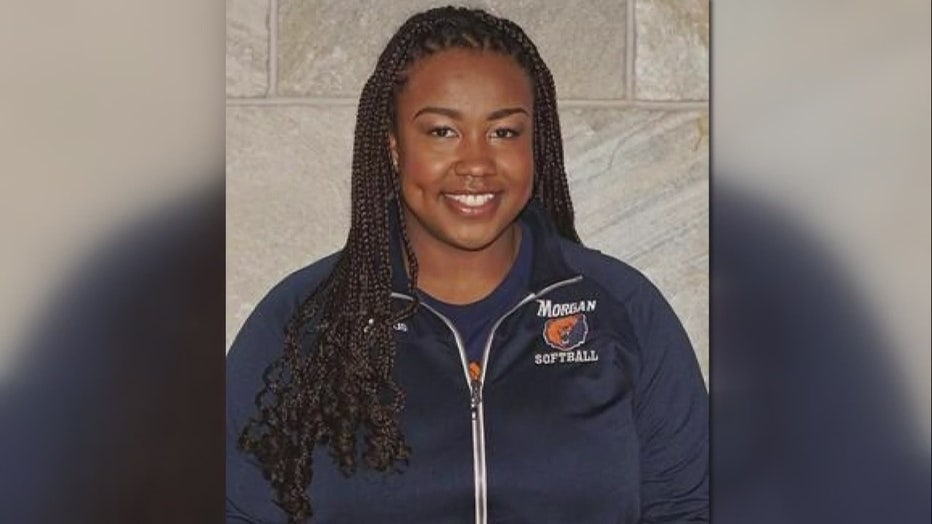 It would not take long to find her.

"To the right, I saw a bunch of police cars and sirens and it was way too many cars," said Paige Arnold, her sister. "So I said dad let's turn down this street and see what's going on."

Barely a mile from Meijer and five minutes from their home in Rosedale Park, the Arnold family's worst fears were confirmed on Pilgrim and Bentler.

"It was already taped off and everything. We saw the truck on the side and we saw her body on the ground and we knew it was her," Paige said.