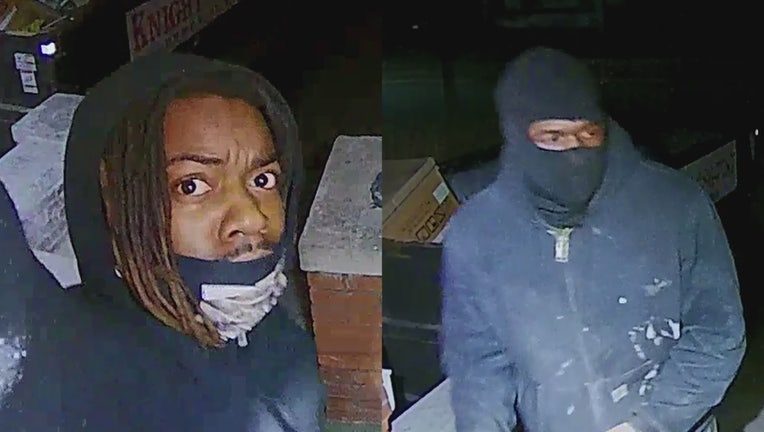 DETROIT (FOX 2) - Detroit police are asking for the public's help identifying two men who were seen on surveillance video breaking into a home on Detroit's east side last month.

A furnace, a stove and a refrigerator were stolen from the home in the 400 block of Chalmers the evening of Monday, Feb. 24.

Police say the two suspects broke into the unoccupied home through the front window. After they walked up to the front porch, one of the suspects noticed the camera and knocked it down.

Police say the guys stole the appliances and then drove off in an unknown car.

Detroit police are hoping the public can help identify two suspects wanted for stealing appliances from a vacant home in Detroit.

If anyone knows these individuals or has information regarding the break-in, contact Detroit Police Department's Fifth Precinct at (313) 596-5540 or call Crime Stoppers, where you'll remain anonymous, at 1-800-SPEAK-UP.