DETROIT (FOX 2) - Two women were seriously hurt in a shooting early Thursday morning on Detroit's west side. Police say the women were neighbors and got into a shootout during an argument.

Police were called around 3 a.m. to the 15700 block of Stout Street, which is near Evergreen and Grand River on a report of shots fired. Several neighbors tell FOX 2 they were woken up by the gunshots.

Police are investigating after two women were seriously hurt in a shootout in the 15700 block of Stout Street.

"At first I thought younger people trying to break into someone's car. I didn't think it'd be the old neighbor and the lady across the street. I wasn't thinking that," said Verdine Hicks. She's among the several neighbors that heard at least two gunshots.

"It's amazing around here, a lot of older people here. A lot of beautiful people. We just happen to get we just got a neighbor from hell," said Melissa Christian, another neighbor.

It's still early in the investigation but it appears a fight turned physical when the 71-year-old hit the other woman with an object that police didn't identify. The victim, who is a licensed CPL holder, then grabbed her gun and shot her. Police say the 71-year-old, who can also legally carry, fired back.

"I don't know what happened today, you know this morning for this to happen, but she has been harassing everybody. She goes up to people's doors, she harasses the kids, goes into backyards. I really don't know her but I know she's been causing a lot of raucous around here. Otherwise, it's peaceful over here," Christian said.

"I've said it at many crime scenes I've been on - I don't know why people don't talk instead of resorting to a situation such as violence," says Detroit police Corporal Kenny Hamton Jr. 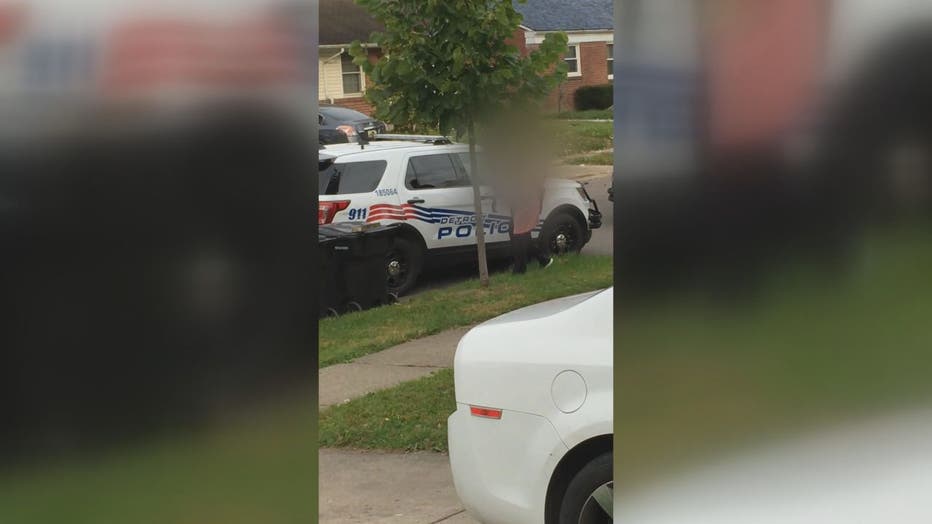 Neighbor video of police talking to the 71-year-old suspect

Video taken by neighbors about a month ago, which you can see in the video player above, shows police talking with the 71-year-old after she allegedly threatened people nearby with a knife. Neighbors say unfortunately it's a common occurrence, that she fires off her gun almost on a daily basis or creates some other kind of commotion.

"My son won't even walk down the street. He can't go out to play because he's scared of her. He won't go outside to play at all he's scared," said Hicks.

They hope after Thursday morning's mayhem this will finally be the end of it.

Police haven't released details yet about what the argument was about, or if any charges are pending.