According to a letter the district sent to parents, there were two separate incidents in which the administrators repeated racist language they heard from students to other adults. Students did not hear them say the n-word.

DETROIT (FOX 2) - Zachary Pellegrini is a student at Parcells Middle School in Grosse Pointe Woods where a pair of administrators were placed on leave for using the n-word the week of April 25th.

"I just can’t wrap my head around the fact that they just keep letting this happen," said Zachary, 14.

Zach’s mom Beth Pellegrini found out about it Tuesday that it was an assistant principal and counselor.

"The school should not have kept this from us," she said. "When you’re not transparent, then you look guilty."

According to a letter the district sent to parents, there were two separate incidents in which the administrators repeated racist language they heard from students to other adults. Students did not hear them say the n-word.

"We have to careful about the things we say, both what we say, how we say them, and to whom we say them," said Supt. Dr. Jon Dean. "And there are certain things that shouldn’t be said ever to anyone."

He says the district launched an investigation after learning about what happened, placed the staffers on administrative leave, and brought in an attorney to investigate the matter further and offer recommendations on how to move forward.

The two administrators will be brought back to work.

"No one found this language acceptable," he said. "At the same time, many people know the people involved, and they care about people. And so, this doesn’t excuse the behavior, but we know relationships are complex. So they care about the people, but they also want to see us do things differently."

"I’m not satisfied or do I find it right," said Beth Pellegrini. "I don’t care who you are, where you work, what you do, but especially if you work at a school with kids, you are not using the n-word ever."

The Grosse Pointe Public School System has had its share of racist controversies: From white students showing racial slurs written on their stomachs to a white a mom using the n-word at a school board meeting.

"Black people own that word. That’s their word, that’s for no one else to use," Beth said. "It’s inappropriate."

Dean says the district has been making efforts to address issues of race and promote diversity, access, equity and inclusion.

"I want to give them credit because I want my son to have better," she said. "But at the same time change isn’t happening. And this just proves it."

In a letter to staffers at Parcells, the district said the employees will go back to the school after restorative conversations with those directly impacted take place.

Dean says repairing the harm done will be key in moving forward. No punishment for the students who originally made the comments has been divulged at this time. 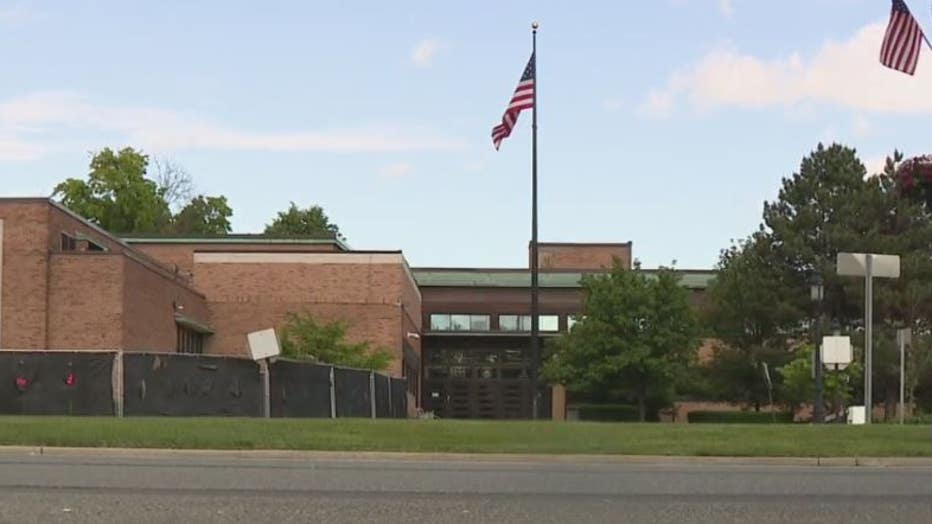