WEDNESDAY NEWS HIT - When it comes to big winter weather events, it's a big numbers game.

About eight inches of snow got dumped on the city of Detroit Tuesday morning - one of the heaviest in the years. The weather system that brought the blizzard also brought a lot of moisture, making the snow a lot heavier.

When that amount of snow drops, the buck of plowing about 2,000 miles of city streets gets passed onto local contractors that operate on a case-by-case basis.

Has your street been plowed yet?

There are thousands of miles of roads that need clearing in Detroit after major snowfalls. On days like Tuesday when 8 inches fell, the city exercises its resources with teams of contractors who work around the clock. Anyone who thinks their road might have gotten missed can report it on the Improve Detroit app.

Large corridors like 8 Mile and Gratiot will get tended to by the public works department. There's a little less than 700 miles for them to care for.

As for the private contractors, they have 24 hours to get all of the city's local side streets plowed, otherwise, they may face financial penalties. In a statement, the city confirmed some streets still needed to be cleared.

"Contractors began work at 6 am yesterday and worked throughout the night. We are aware of the locations that have been missed and have notified the contractors of all unplowed streets," said Nicole Simmons, a press secretary at the city. They will continue plowing this morning until all streets have been cleared. We will be sharing a more complete update later today."

An early morning apartment fire in northern Detroit has hospitalized a mother and toddler after they were using their stove to keep the unit warm during freezing temperatures.

A resident of the apartment on 7 Mile and Algonac said the original landlord of the housing structure had died and people were sleeping with their stoves on and residents were told by management to use blankets.

The fire department was at the complex around 3 in the morning. A 26-year-old woman and a 2-year-old girl were taken to the hospital with smoke inhalation. The injuries are non-life-threatening.

The fire was contained to two units on the 2nd floor. The fire is under investigation. 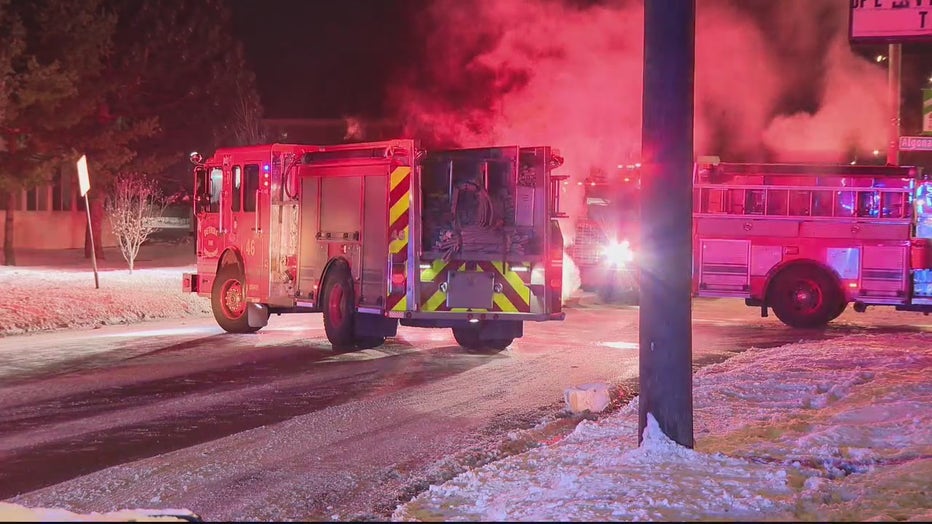 When Rep. Tenisha Yancey was 13, her father was killed by a drunk driver. She says she struggled with the reality her dad was gone for years. But now in the seat of legislating, she wants to make first-time offenders eligible for expungement.

A new drunk driving bill introduced by Yancey would allow someone with an operating-while-intoxicated conviction that did not result in injury or death to have it wiped from their record.

The bill has bipartisan support and the attorney general testified in agreement with the legislation. Similar legislation expired after it made its way to the governor's desk last January. However, not everyone is on board with the bill.

What does it take to win a free divorce?

Sixty-two-year-old Paul Cook is short on money, has health issues, and has been separated from his spouse for four years after a rough marriage. A few years ago, he found Christine Major and proposed to her six months later after they started dating.

A few weeks after that, however, Major was diagnosed with terminal lung cancer. Cook has been by her side through every test, every co-pay, and every heart-wrenching bout of news.

This is the story that Akiva Goldman read after putting out an offer for one free divorce. The attorney said he was received over 400 pleas for the pro-bono service, but only Cook and Major's situation fit what he was after.

"How do I know she'll make it, I'm not a doctor," Goldman said. "Can you imagine waiting on a contest and I deprive her of this? I couldn't live with myself."

FOX 2 recently shared the story of a local law firm -- offering a free divorce. That law firm has picked the couple who says this settlement just couldn't wait any longer.

Speaking during a virtual media roundtable Tuesday, superintendents from Southeast Michigan as well as advocates from education groups warned that delays in appropriating already-approved school funding will likely create issues for districts waiting on the money.

However, a disagreement over governor authority regarding school closures has placed educators in the middle of a political tug-of-war. Republican lawmakers are refusing to distribute $1.6 billion in education funding until Gretchen Whitmer gives up control of school closures.

"...tying these dollars to health-related debates is unacceptable. It's unconscionable," said Peter Spadafore, the deputy executive director for external affairs at the state's association of superintendents and administrators.

Delays in funding could put districts in a bind if they aren't aware of how much money they'll be receiving since they have building maintenance to pay for and teachers to hire - processes that can take months.

As parents and districts are planning to get children back in the classroom next month, school leaders say the Republican leadership is stalling progress by not releasing federal funds.

The snow is going to give us a break for about a day before it starts back up Thursday. But splitting the two events is bitterly cold temperatures extending into negative degrees until about 9 a.m. Plan on temperatures climbing to about 22 degrees.

Temperatures to start this morning will be at and below zero. It will be a very cold morning with little to no wind, so expect to see frost on your windows this morning. Our all time record low for today is -7 and some spots will get very close to that this morning. We will be slow to warm this afternoon with highs in the upper teens to around 20 degrees with increasing clouds. A few light snow showers are possible tomorrow with a trace to just less than an inch possible.

In the most caustic sign yet of deepening GOP divisions, former President Donald Trump blistered Mitch McConnell as a "political hack" on Tuesday, days after the Senate’s top Republican denounced him as the inciter of U.S. Capitol attack.

"The Republican Party can never again be respected or strong with political ‘leaders’ like Sen. Mitch McConnell at its helm," Trump said in a statement released by his political action committee.

He went on to write: "Mitch is a dour, sullen, and unsmiling political hack, and if Republican Senators are going to stay with him, they will not win again."

A McConnell spokesperson did not immediately return requests for comment.

The deeply personal attack follows McConnell's speech over the weekend saying that Trump was responsible for the deadly insurrection at the Capitol on Jan. 6. But McConnell said that only after he joined other Republicans in voting against the former president's conviction during a Senate impeachment trial that accused Trump of inciting the mob.