ROMULUS, Mich. (FOX 2) - First, it was an alleged noose in the workplace, and now even more accusations of racism at a Romulus-based company are surfacing.

Two more workers have joined in a lawsuit of trailer manufacturer Benlee, Inc., over racial harassment in the workplace. The lawsuits come after a similar one was filed last week - and now we're hearing even more disturbing allegations.

Two more workers have joined in a lawsuit of trailer manufacturer Benlee, Inc., over racial harassment in the workplace.

Last week we reported former Benlee employee Jermaine Ware was suing over an alleged noose that hung inside a trailer. Ware said it stayed for a month, then reappeared months later even after he went to management with concerns.

"People say that it's just a rope that may be hanging from the ceiling, it's not like that. This is a 13 coil noose," said civil rights attorney Jon Marko.

The company said it was a temporary garage pull but a white employee posted on Facebook the noose is a necklace for an African American coworker. 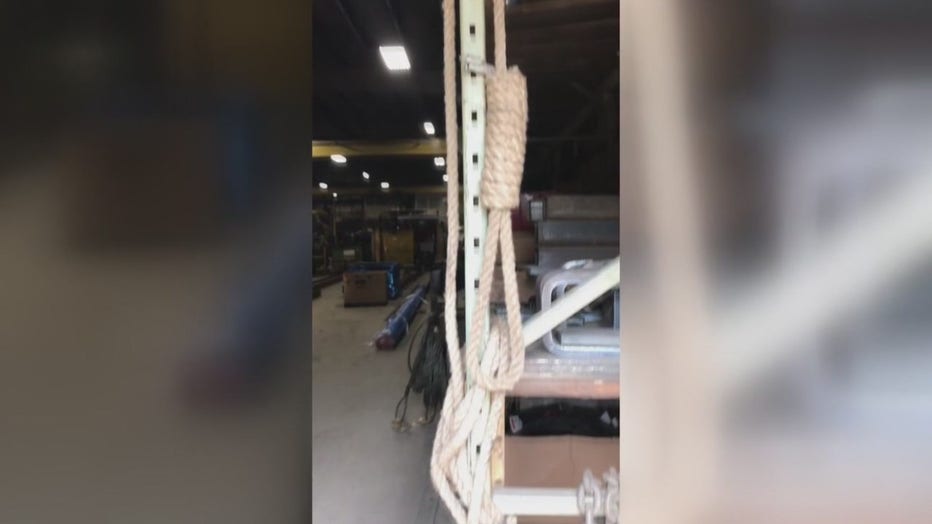 So Jermaine and his attorney Jon Marko filed suit - and since then two more men have joined in.

"All kind of the most heinous, racist, backwards, backwoods type stuff you can think of," Marko said.

Marko said the new allegations prove a systemic issue at Benlee that includes the consistent use of the n-word and more.

"One of the white workers telling him, taking the hangman's noose, and saying, 'We are going to use this to strangle ya'll,' or something to that effect. They played racist slave songs from the South using the n-word. They called the African Americans 'boy.'"

The three men named in the lawsuit no longer work at Benlee and all say they tried to go to management.

"Management didn't do anything, and so when you don't do anything as management you're condoning it. You're not only saying it's ok you're affirming it," Marko said.

Marko said witnesses who saw and heard the alleged racism have come forward, too.

"I wish I could tell you this was my only case like this, it's not. I have hundreds of files like this," Marko said.

Marko said the firm representing Benlee filed a gag order to keep him from speaking publically about the allegations. A hearing will be held soon to make a decision on the gag order.