DETROIT (FOX 20 - Every February, people run up and down a skyscraper in Detroit to raise money for the American Lung Association. But a COVID world has forced that to change.

This year, participants won't be running up the Ally Building in February. Organizers chose an outdoor location: Comerica Park. And it won't be in February - this year it's going to be on May 23.

This year, participants won't be running up the Ally Building in February. Organizers chose an outdoor location: Comerica Park. And it won't be in February - this year it's going to be on May 23.

One thing that will stay the same is our old friend, Ron Savage, will be remembered.

"Typically our Fight for Air Climb event takes place in a skyscraper in Detroit," said Maureen Rovas, executive of the American Lung Association of Michigan. "This is a great way to reimagine the legendary event."

On May 23rd, participants will weave up and down every stair in the stadium's lower level with some taking on the upper level as well.

"It will be a once in a lifetime opportunity - so just like our standard Fight for Air climb event, it's still going to have everything you'd expect: the challenge, the camaraderie, and of course the firefighters in full gear that day 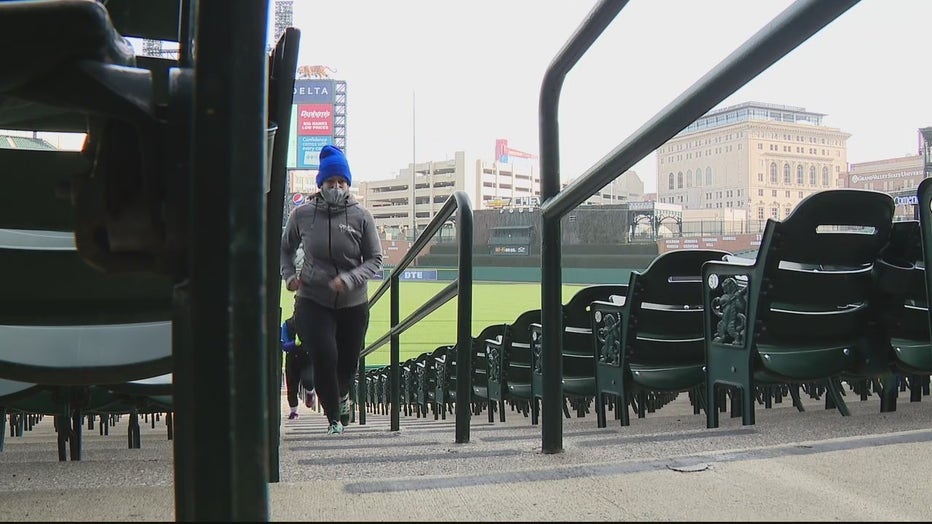 The 2021 Fight for Air Climb is being moved to Comerica Park in May due to COVID-19.

Ron ran and emceed the Fight for Air Climb every year and Rovas credits Ron for a lot of the success the organization has had.

"He really is the reason we have the success and outreach we do in the fire community. We have more than 40 departments across the state that come out," Rovas said.

"It’s even more now important with COVID-19 in addition to funding our COVID-19 action initiative that’s a $25 million dollar commitment that we've made," Rovas said.

You can register for the event in May by going to the American Lung Association's website here.