ROSEVILLE, Mich. (FOX 2) - A man accused of shooting an unarmed man to death at a Roseville bar bathroom is out now on bond because of COVID-19 concerns in the jail.

Nolan Baca, 21, is awaiting an August trial for second-degree murder after the death of 37-year-old Johnny Owczarski at Dooley's Irish Tavern back in October 2019. Originally, the judge set no bond but later dropped it to a half a million. And then the coronavirus hit.

A 21-year-old man who's charged with second-degree murder is out on bond after multiple people at the jail tested positive for COVID-19.

"After they started getting the Covid with at least four inmates and two sheriff employees, the judge agreed to reduced to $125,000 cash surety with a GPS tether," said Baca's attorney, Scott Weingerg.

"I'm sad, that this guy who just killed my son is free. Whoa," said Marie Owczarski.

Roseville police say Johnny was arguing in the bathroom with the defendant. The victim's family says five shots rang out.

"You don't keep shooting. He was dead so the thought process in his brain to shoot that many times is just sickening to me," said Erica Owczarski. She has additional concerns now for her brother, who was there with Johnny that night, that his life could be in danger. 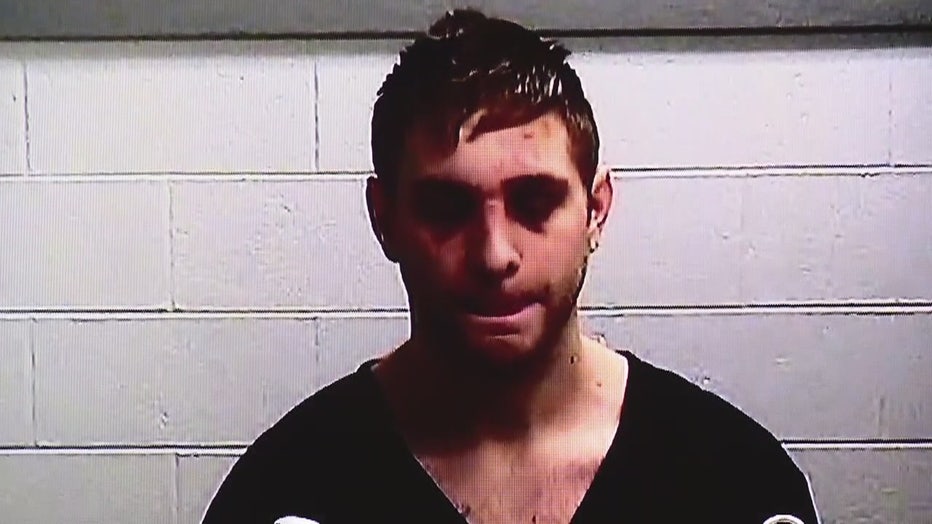 "He did not know the family, he doesn't know where they live. He has no violent criminal record in any way," Weingerg said.

FOX 2 did talk to the prosecutor, who did not want to go on camera, but said that he believes the defendant is a danger to the community because he allegedly went into a bar and shot an unarmed man. But Baca's lawyer insists he was defending himself.

"He was defending himself which is the other reason why the judge felt a reasonable bond should be made, because there's a clear self-defense," Weingerg said.

Something the family disputes, but that will be for the August murder trial.

"Even if it was self defense, you don't shoot someone five times," Erica said.

"We don't feel safe because the guy that killed my son is out there."