Second man to plead guilty in plot to kidnap Gov. Gretchen Whitmer gets 4 years in prison

Kaleb Franks is the second anti-government extremist to be sentenced in the plot to kidnap Gov. Whitmer.

LANSING, Mich. (AP) - A man who pleaded guilty to conspiring to kidnap Michigan’s governor in 2020 was granted a major break Thursday and sentenced to four years in prison.

Kaleb Franks was rewarded for testifying for prosecutors at two trials. His sentence was longer than the term given to another man who was the first to plead guilty but it still carried a significant benefit.

Franks was among six anti-government extremists who were charged in federal court with conspiracy and other crimes. Investigators said the group’s goal was to kidnap Gov. Gretchen Whitmer and incite a U.S. civil war — the "boogaloo" — before the 2020 presidential election. 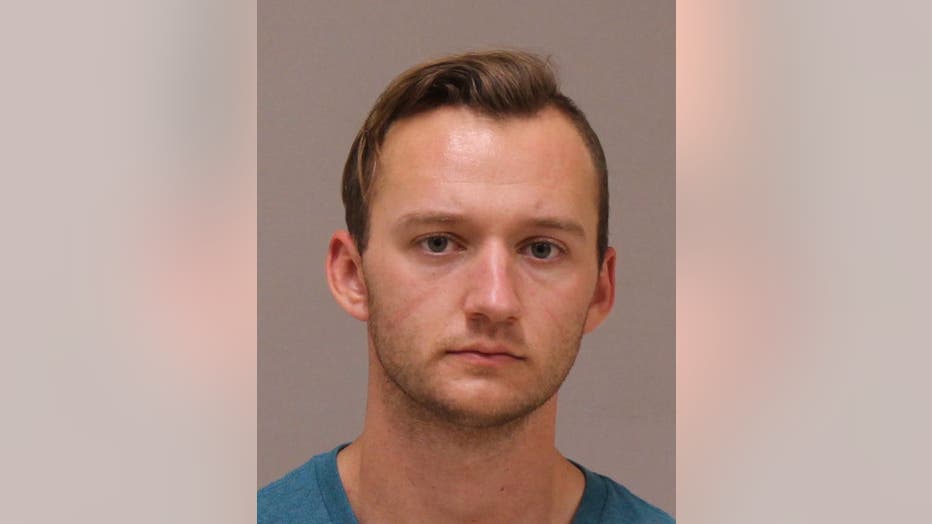 "I would like to start by saying I’m sorry to the governor and her family," Franks said in federal court in Grand Rapids, Michigan.

"I understand that this experience had to have been very traumatizing and difficult," he said. "I’m ashamed and embarrassed of my actions, and I regret every decision that I made."

Michigan Gov. Gretchen Whitmer spoke on Wednesday for the first time since swo men who were convicted on Tuesday of conspiracy to kidnap her and said people will be held accountable for their actions.

The group considered Whitmer, a Democrat, and other elected officials to be tyrants who were infringing on constitutional rights, especially during the COVID-19 pandemic when businesses were shut down, people were told to stay home and schools were closed.

Franks, 28, participated in a key step in the conspiracy: a ride on a rainy night to scout Whitmer’s vacation home in northern Michigan. She was not there at the time.

He testified that he had hoped to be killed by police if a kidnapping could be pulled off at some point. The FBI, however, had undercover agents and informants inside the group.

"I was going to be an operator," Franks said last spring. "I would be one of the people on the front line, so to speak, using my gun."

Prosecutors said Franks’ cooperation was important because it backed up critical testimony from Ty Garbin, who pleaded guilty a year earlier and was sentenced to just 2 1/2 years in prison.

"It really was invaluable to have the testimony of an insider," Assistant U.S. Attorney Nils Kessler told the judge, referring to Franks.

When the hearing began, his sentencing guidelines suggested a minimum prison term of 12 years. But Jonker reduced the range at the government’s request and settled on a much lower figure. Franks will get credit for two years in custody.

An email seeking comment was sent to Whitmer’s staff. In August, after the convictions of ringleaders Adam Fox and Barry Croft Jr., she said the plot was a "disturbing extension of radicalized domestic terrorism." Two other men, Daniel Harris and Brandon Caserta, were acquitted in April.

"They didn’t just want to kidnap her," Kessler said in court Thursday. "The plot that Mr. Fox and Mr. Croft really wanted to do was to put (Whitmer) on trial, kill her and begin a second civil war. What’s really frightening about that is just how prevalent those kind of views have become."

Meanwhile, 120 miles (190 kilometers) away in Jackson, Michigan, a jury heard a second day of testimony in the trial of three members of a paramilitary group who were also arrested in 2020. Joe Morrison, Pete Musico and Paul Bellar are not charged with directly participating in the plot but are accused of assisting Fox and others.