Phase 2 of the Motown Museum expansion set to begin

An outdoor plaza and welcoming area that doubles as a spot for performers will be the centerpiece of the latest expansion effort.

DETROIT (FOX 2) - Motown Museum announced the second phase of its expansion is underway.

Motown released renderings of the coming outdoor plaza designed to be the "centerpiece of the second phase," said Motown Museum Chairwoman and CEO Robin Terry.

The outdoor plaza will serve as a multipurpose gathering place and welcome destination visitors.

Terry said that the space is for creative collaboration with regular performances by local talent.

Construction begins this month and is projected to be complete by summer 2022.

Due to construction, indoor tours of Hitsville U.S.A. are temporarily paused until summer 2022 while much-needed exterior restoration of the world-famous historic building takes place. 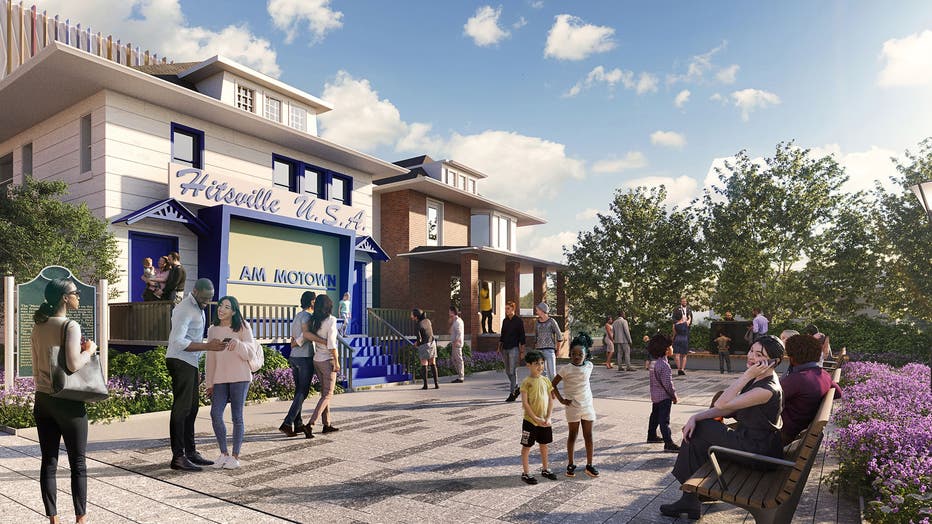 Rendering of what Phase 2 of the Motown Museum will look like.

"The plaza is such an important part of our expansion project," Terry said in a release. "The last year has proven just how important these outdoor spaces are to thriving communities, and we are thrilled to create something that has been much-needed in our city.

"The new Motown Museum plaza will be a place where residents and tourists from around the globe can come to bask in Motown music, be entertained by pop-up performances, and connect with other Motown fans on the very grounds where the Motown Sound was born and music history was made."

Plans are in place for a well-lit granite paver expanse, surrounded by colorful flowers, lush plantings, park benches and a pop-up performance stage surrounded by a sound system playing their favorite Motown hits. 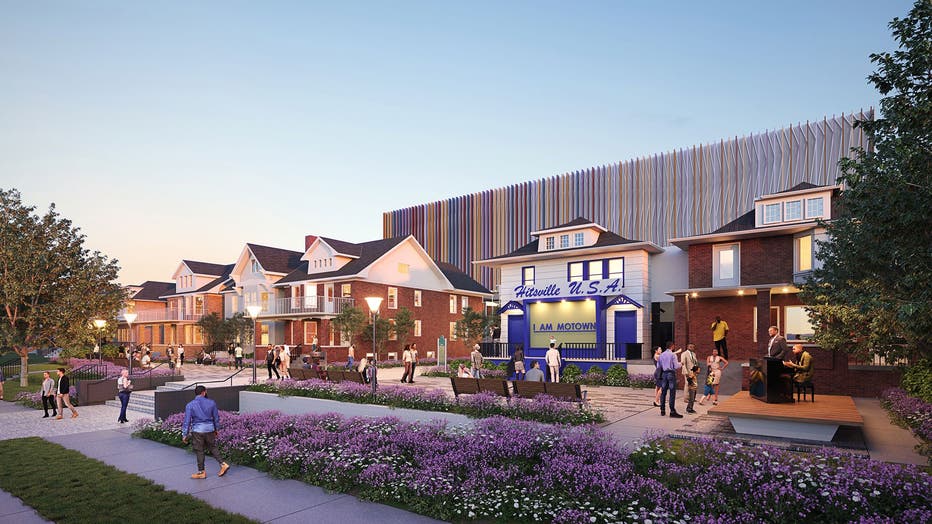 Rendering of what Phase 2 of the Motown Museum will look like.

The plaza was designed by Detroit-based Hamilton Anderson & Associates.

A community open house event to celebrate the completion of phase two construction on the plaza is planned for Summer 2022.

Motown Museum has raised $32 million of the now $55 million needed for completion. The Motown Museum Board of Directors determined the need to increase the overall campaign goal in response to escalating construction labor and material costs created by the pandemic.

The final touches on phase one of the expansion, Hitsville NEXT, are being completed.

Hitsville NEXT includes three original Motown-era homes that have been transformed into the museum's new education and creative hub; a vibrant place where a mix of signature programs, camps, workshops, master classes and community events will take place to develop future singer-songwriters, music makers, artists and entrepreneurs.