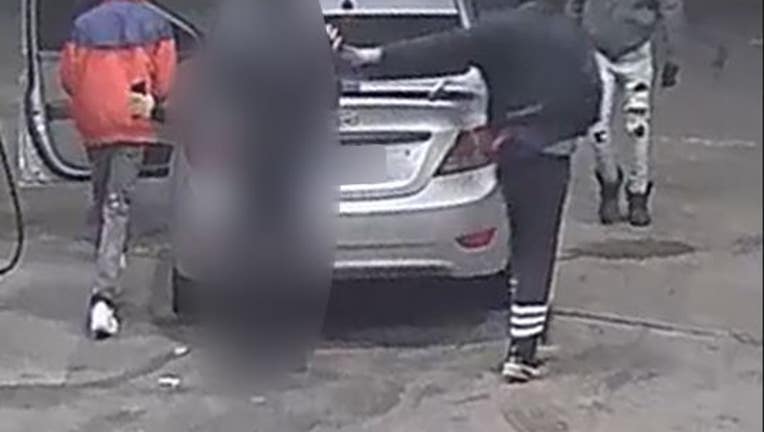 DETROIT (FOX 2) - Detroit police are searching for three suspects involved in a carjacking at a gas station last week.

Police released an image showing all three individuals around a silver Hyundai sedan at a gas station that they stole at gunpoint.

Police said the first suspect, who was wearing a red and blue jacket and gray pants approached the victim and pointed a firearm at him. He then demanded his keys and money.

Two other suspects, one wearing a black-hooded sweatshirt and sweatpants, and the other wearing a gray coat and light-colored jeans then appeared and got in the vehicle with the first individual.

The suspects fled the scene and no injuries were reported.

If anyone recognizes these suspects, or information pertaining to this crime, please call the Detroit Police Department’s Commercial Auto Theft Unit at 313-596-2555 or Crime Stoppers at 1-800-Speak Up.