Detroit's first Target store will open in Midtown. It will serve as the anchor tenant for City Club Apartments.

The 32,000-square-foot store will be the anchor tenant of the new City Club Apartments. The mixed-use apartment complex will be built at the southeast corner of Mack and Woodward avenues.

The Midtown Target will include groceries, general merchandise, and more.

"Any day we get to announce that a respected national retailer like Target is choosing to locate in our city is a great day," said Mayor Mike Duggan. "Over the past decade we have seen Midtown develop into a vibrant, diverse, mixed-income neighborhood.  Adding this Target store will provide an anchor retail presence to serve residents in the area and across the city." 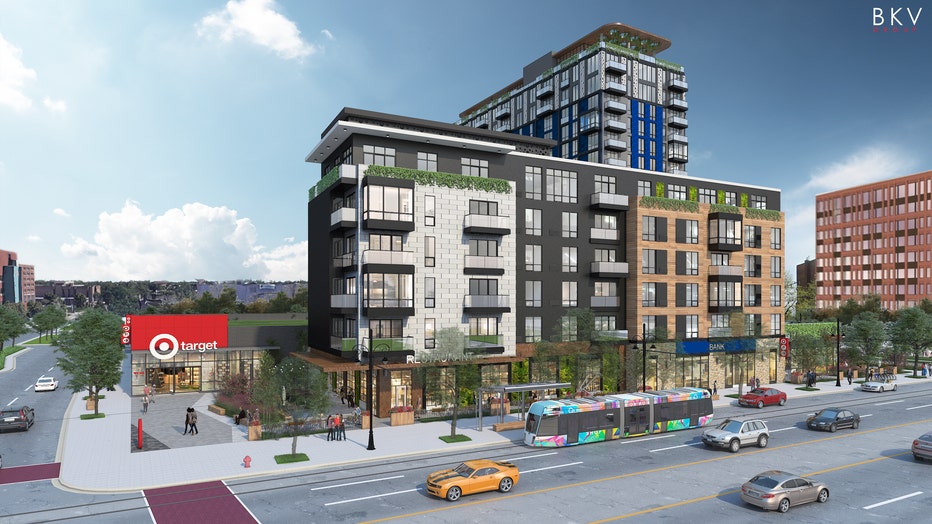 It hasn't been announced when groundbreaking on the apartments and store will begin, as plan approvals still need to be granted.

"The next stage of the development process is to develop and receive approval for a complete set of architectural plans and specs," said City Club Apartments CEO Jonathan Holtzman.  "This development requires continued collaboration on many additional critical components. This will include approval of a Brownfield Tax Increment Financing (TIF), approval to be included in the surrounding New & Rehabilitation Neighborhood Enterprise Zone (NEZ), and additional approvals from various City of Detroit departments."

Holtzman said City Club is interviewing contractors who will be considered for the development.

City Club Apartments will have 350 units and 186 underground parking spots. In addition to the Target, the ground floor will have a bank and a restaurant with outdoor seating.