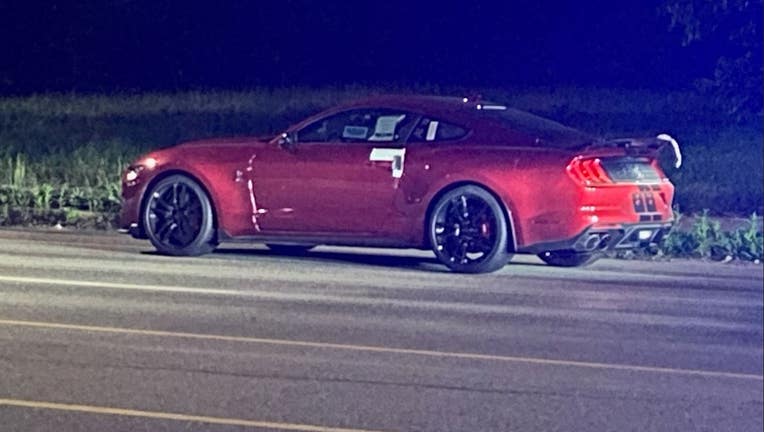 One person is in custody and three of the Mustangs have been recovered. More may be missing from the plant and local police departments are still investigating the thefts, information posted by state law enforcement on Twitter said.

Troopers got a call of four to five stolen Mustangs being taken from the plant in Flat Rock around 3:20 a.m.

Flat Rock Police notified the Detroit Regional Communications Center, which put out a call to other police departments.

Woodhaven Police Officers first spotted the suspects at a gas station. The vehicles likely had little gas in their tanks when they were taken from the police department.

Upon seeing the officers, the suspects fled the gas station. Woodhaven police did not pursue. Instead, troopers further up northbound I-75 at Schaefer observed the stolen cars travel by them.

Troopers attempted to stop the Mustangs, but they fled.

Police singled out one 2022 Shelby GT500 until it ran out of gas on westbound I-96 near MLK. The suspect driver first tried driving the Mustang up the grass embankment of I-96. Police blocked it from rolling back onto the freeway, which caused minor damage to the patrol car.

The suspect was taken into custody without incident. They've been lodged at the Detroit Detention Center.

No other suspects were taken into custody. However, two more mustangs were recovered. One was spotted by a tow truck driver who found the abandoned Orange Shelby on northbound I-75 near Livernois. It had run out of gas.

MORE: Man survives tanker landing on his car in 4-vehicle I-75 crash that left 1 dead

A third Shelby that red in color was found abandoned by Detroit police on Warren near 30th Street. It also had run out of gas.

All three Mustangs were preserved for evidence and the investigation is ongoing.