Gas station store break-ins in Pontiac and Rochester Hills are believed to be connected.

FOX 2 - Early morning burglaries at gas stations in Rochester Hills and Pontiac are related and Oakland County Sheriff’s Detectives are looking for help identifying the culprits.

In each burglary, a four-person crew pulled into the station with the driver staying in the white Dodge Charger – a former police car – and used a sledgehammer to smash the door glass.

Three suspects all wearing hoodies or baseball caps and gloves, quickly entered the gas station in search of the cash register.

The Rochester Hills incident, which happened about 1:30 a.m., was discovered at 3:38 a.m. when a deputy on routine patrol near Auburn and Livernois saw the front door of the Mobil Mart at 1020 W. Auburn was completely shattered.

A surveillance video revealed three subjects entered the building, with one using a sledgehammer in a futile attempt to break an enclosure that contained the cash register. The store owner said nothing was taken from the store.

The three subjects left the building and drove away in a white Dodge Charger that was a retired police car.

The Pontiac burglary happened about 2:18 a.m. at the Marathon Gas Station at 1500 S. Opdyke Road. Sheriff’s Detectives said the vehicle used in the burglary was a white Dodge Charger, which was also a retired police vehicle.

The driver remained in the car without putting it in park, as the three subjects entered the station after smashing the main entrance glass door. One suspect was wearing a white baseball cap, glasses, and a light-colored long-sleeve shirt and jeans. The two others wore dark hoodies or baseball caps and dark pants. All three wore face coverings and gloves.

The subjects left with the cash register and other items in little more than a minute. The driver’s side headlight of the Charger was not working.

Livonia Police reported break-ins at two gas stations about 4 a.m. Friday. A dark-colored Dodge Durango was used in that break-in. There were four subjects. One of them was carrying a sledgehammer and the other a crowbar. 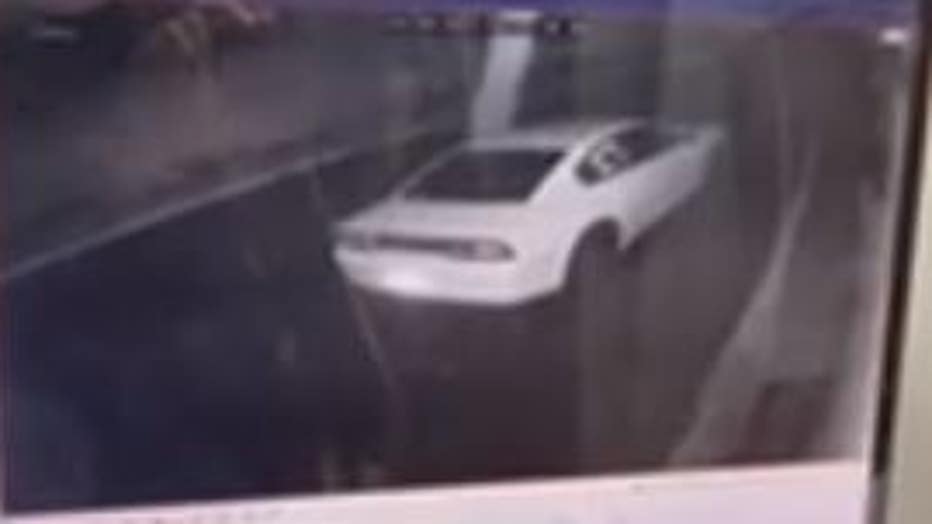 A former police car - a Dodge Charger - is being used in the robberies.

Detectives have yet to determine if the burglaries are related. Anyone with information about the suspects or the break-ins should call Crime Stoppers at 1-800-SPEAK-UP.

A reward of up to $1,000 is offered for information leading to an arrest and the caller will remain anonymous.