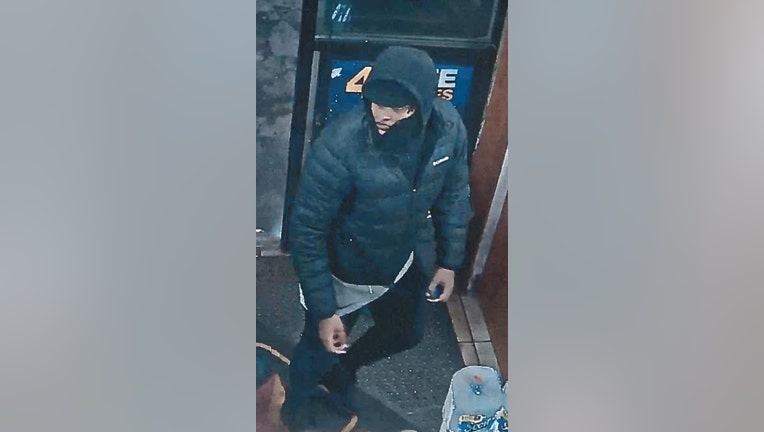 DETROIT (FOX 2) - Detroit police are asking for the public's help identifying a man wanted after multiple robberies in the city.

The suspect is described as a black male in his early to mid-20, approximately 160-185 lbs. who has been seen wearing a mask and a dark-colored hoodie. Police believe he's connected to four robberies in the past few months in Detroit.

Police said one of the robberies led to a non-fatal shooting but didn't elaborate.

After robbing them, police say the suspect would make the victims drive to the nearest ATM and take out money. The suspect would drive them back to the original location and then run away.

If anyone knows or has any information regarding this crime, they are asked to contact the Detroit Police Department's Tenth precinct at (313) 596-1000 or Crime Stoppers at 1-800-SPEAK-UP.