DETROIT (FOX 2) - Producer note: Some images in this story may be disturbing to some viewers.

It has been a week since a dog mauled 4-year-old Kaiden McCray. His road to recovery will be a long one.  The attack left his face, head, and legs with deep scars. His eye severely damaged.

It has been a week since a dog mauled 4-year-old Kaiden McCray. His road to recovery will be a long one.

"The facial doctor says that they’re just worried about his eye healing up because the dog damaged something behind his eye," said Jasmine, his mother. "So they’re just watching that to make sure his vision is still intact."

It happened on Monday, May 17 on Detroit’s east side. Kaiden was on a playdate at a relative’s house when someone’s Mastiff Shepherd got loose, ran into the backyard, and attacked him.

It took his 11-year-old brother and 20-year-old cousin to pull the dog off of Kaiden. His mother Jasmine could not fathom just how bad the attack was.

"I get a phone call to get to the hospital ASAP, he’s been bitten," Jasmine said. "I’m assuming just a regular dog bite and when I got there, he was just covered in blood and barely responsive."

There have been more than 160 reported dog bites in Detroit this year. 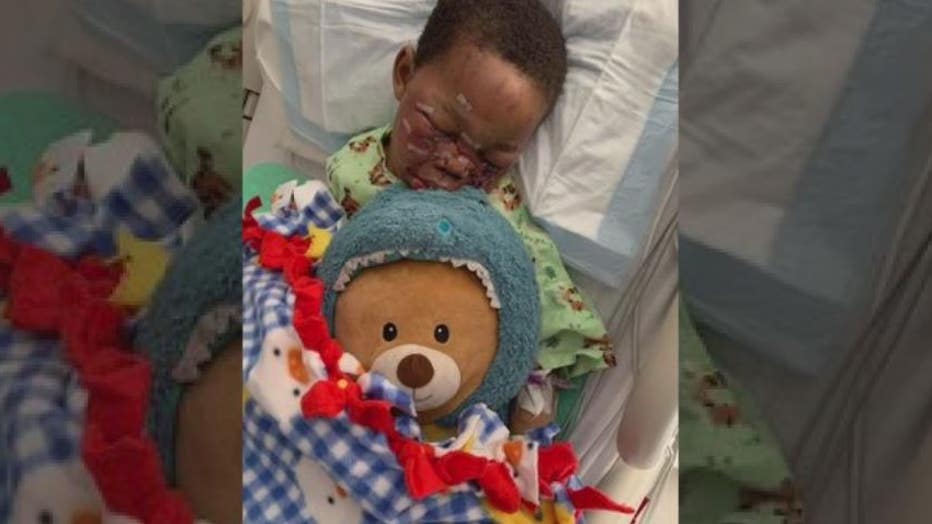 The dog that mauled Kaiden is likely still on the loose.

Detroit Animal Care and Control thought they identified it last week, but when an investigator went to pick it up from its owner Monday, they learned it likely was not the same canine that bit Kaiden.

"I would just ask him to give the dog up," she said. "Like is your dog more valuable than my son’s life? Like when it comes down to it, it’s a dog. Get a new dog. I can’t get a new son. If he hadn’t made it, I can’t replace him, you can replace that dog." 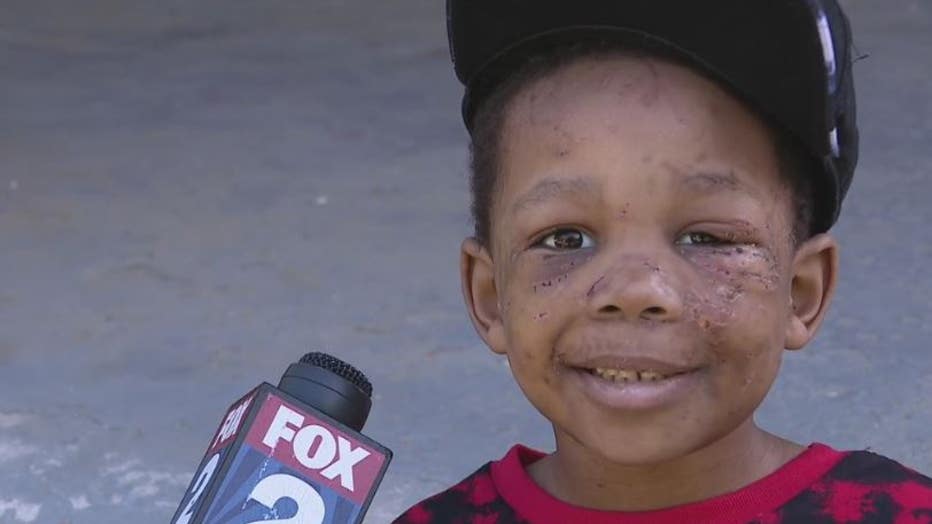 Although the scars appear severe on Kaiden’s face, doctors are confident those will heal over time. They are more concerned about PTSD after such a vicious attack.

Next up for Kaiden is another round of rabies shots because the dog has not been caught, they don’t know if it was infected.