TROY, Mich. (FOX 2) - Terry Webster-King hadn't been to the Troy Somerset Apartments in years because of what happened Oct. 28, 1978.

That day she discovered her mother, 48-year-old Gail Webster, brutally beaten with a blunt object with bloody rags left in the sink.

There was no sign of forced entry, nothing stolen and no signs of a sexual assault. And 42 years later, there is still no killer.

"I went to unlock the deadbolt and it was unlocked. My heart just sank," she said. "I said, 'What have they done to you.'"

There was no sign of forced entry, nothing stolen, and no signs of a sexual assault.  And 42 years later, there is still no killer.

It's not like the Troy police didn't rule out the obvious suspects, an ex-husband, an ex-boyfriend, and a, then, current boyfriend.

"Those people were all interviewed, they were all polygraphed and investigated," said Sgt. Meghan Lehman, Troy police. "Could one of them have done it? The possibility is yes."

But her mother's ex-boyfriend, the ex-husband and, the then-current boyfriend are all dead.  And even though Gail was exhumed in 1995 -there are still no clues.

"We're looking for that last piece of the puzzle right now," Lehman said.

And why now? Sgt. Lehman was going through some unsolved murders and getting frustrated.

"DNA didn't exist in 1978," she said. "They took a lot of evidence which was good, not knowing the DNA would even be a factor. We have it." 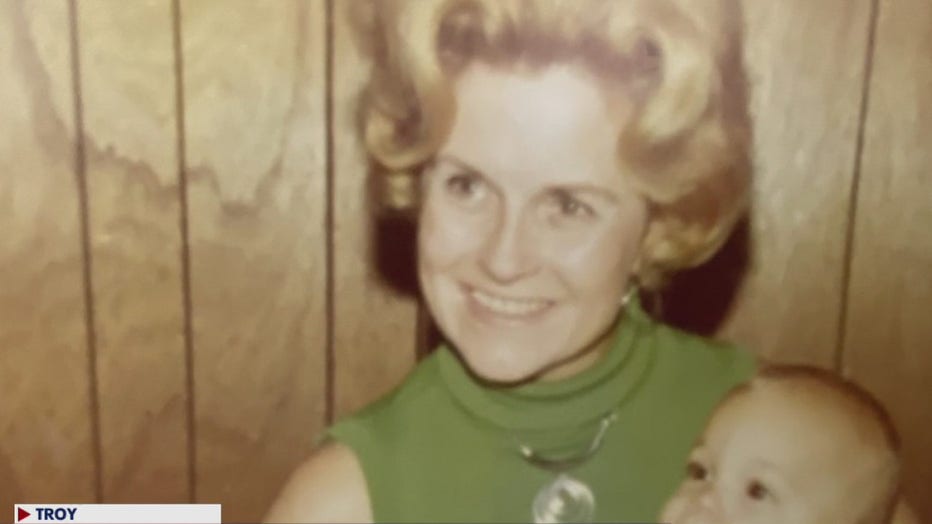 Troy police is looking for clues in the 1978 murder of Gail Webster.

Troy police are in the process of re-testing it, but back then, police did not work with the media, as they do now.

"Absolutely,  it's a public safety issue and people have a right to know," Lehman said.

Gail's three daughters are hoping their mother's story, finally told, will bring them closure, even though it is painful.

"We won't be back here for a while," said Terry. "Unless we have a reason to celebrate."