A 6-year-old girl who was missing at Kensington Metropark on Memorial Day drowned in Kent Lake.

Police responded to Martindale Beach in Kensington Metropark about a child who was missing around 5:30 p.m.

"On the speaker they kept announcing how one kid after another went missing and everyone had been found except a 6-year-old girl. They were walking in walls through the water," said Dominick Rambo, who was at the beach on Memorial Day. "The whole beach came together. We all came together as one looking for her."

When police couldn't find the girl, they started checking the water.

Beach goers formed a chain to help look for the Detroit girl. She was eventually found in the water. 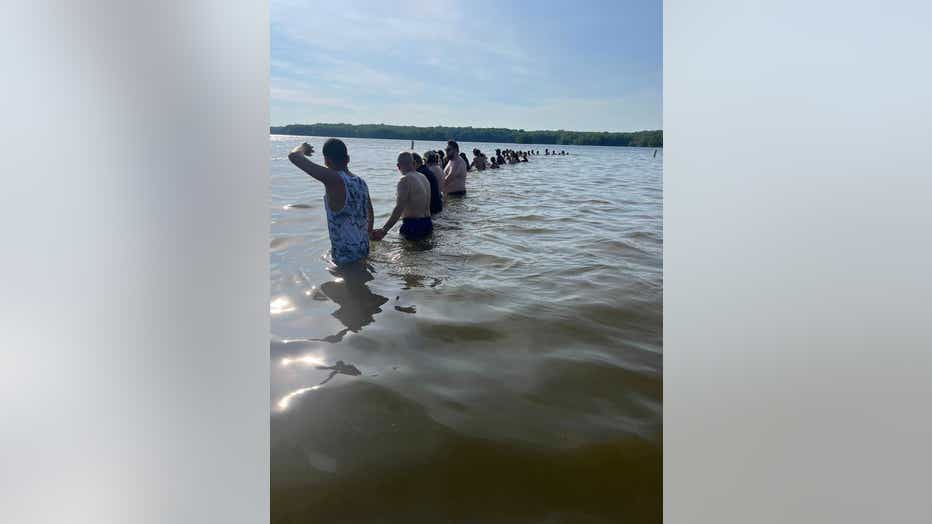 Beach goers form a chain to look for a missing girl

"They were telling us the kid was missing for about an hour. We all locked arms in the water searching for this kid. Me, I’m about to be a father and I used to be a lifeguard, and we searched and found her," Dominique Springer said.

The child was taken to a hospital, but she did not survive, Kensington Metro Police said.

The girl was at the beach with her mother, who was escorted to the hospital.