The girl was thrown several feet and the driver gets out, picks her up, and handed her to neighbors.

DETROIT (FOX 2) - A  7-year-old is recovering at home after being struck by an SUV right outside her house - initially the driver left the scene but eventually police say he returned as the investigation continues.

It took place Saturday afternoon when the girl sprinted off her porch across Addison Street with money in hand.

Her father says he has told his kids countless times about what can happen if you aren’t careful crossing the road.

"I’ve been teaching them every day. don’t go to the street. it’s dangerous," he said,

As his daughter rushed back home she was hit - the crash, on video, is too violent and graphic to show.

The girl was thrown several feet and the driver got out, picked her up, and handed her to neighbors

As one of the witnesses goes to inform the father - the driver backs away from the scene and leaves.

The father then rushed the girl inside.

"When she came in here I thought she was dead," he said. "I grabbed some water and put it on her. It took her five minutes to wake up."

She was then taken to the hospital and was eventually allowed to recover at home.

While they were at the hospital, the driver came back to the scene of the crash and talks with investigators.

"They give their ID to the police and they take his information and let him go," he said.

The father says he is talking with lawyers, but that is far from his biggest concern.

"The only thing I’m worried about is my daughter," he said.

Police said they know who the driver is and are checking to see if charges are appropriate in this case. 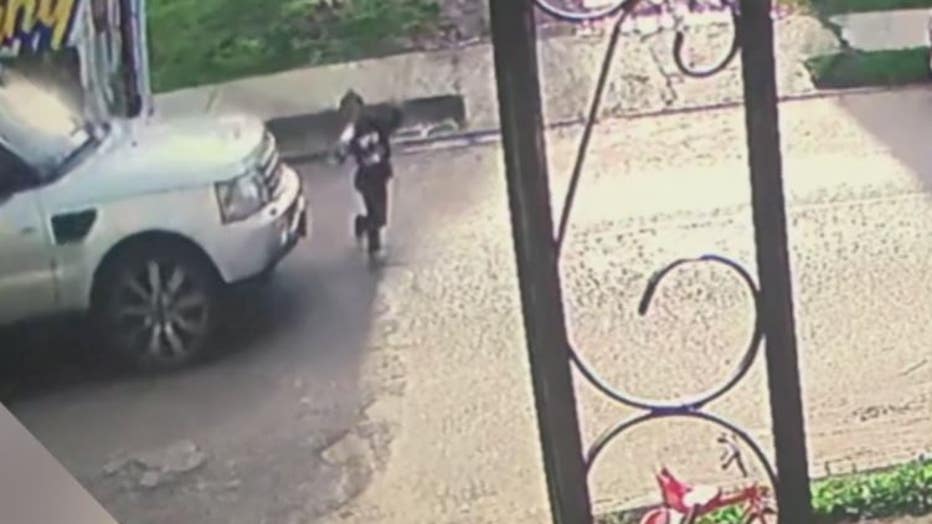 Still image of video right before the 7-year-old girl was hit.