Detroit Police Chief James White says this announcement wasn’t a victory lap. It is a win in the ongoing battle against crime.

DPD and the feds captured more than 20 guns during a three-day sting in the city.

"Anytime you can get that number of guns, drugs, and violent offenders off the streets, it definitely feels good," said Owen  Cypher, US Marshal's Office. "But it makes me feel proud being a member of this community and this district. living here virtually my entire life."

At a news conference Tuesday, Cypher, Detroit Police Chief James White, and a team of investigators, shared the results of Operation Holiday Wrap.

The months-long undercover investigation closed out 70 felony warrants and led to arrests for murder, criminal sexual conduct, and robbery.

"I’m confident that this operation has a direct result in making our community safer," White said.

White says this announcement wasn’t a victory lap. It is a win in the ongoing battle against crime.

Another promising sign is a slight drop in homicides and non-fatal shootings, which the chief says is linked to fewer guns in our communities.

We didn’t see the officers Chief White calls the unsung heroes - the plainclothes investigators who are in the neighborhoods getting tips and details to help make more arrests in the future. 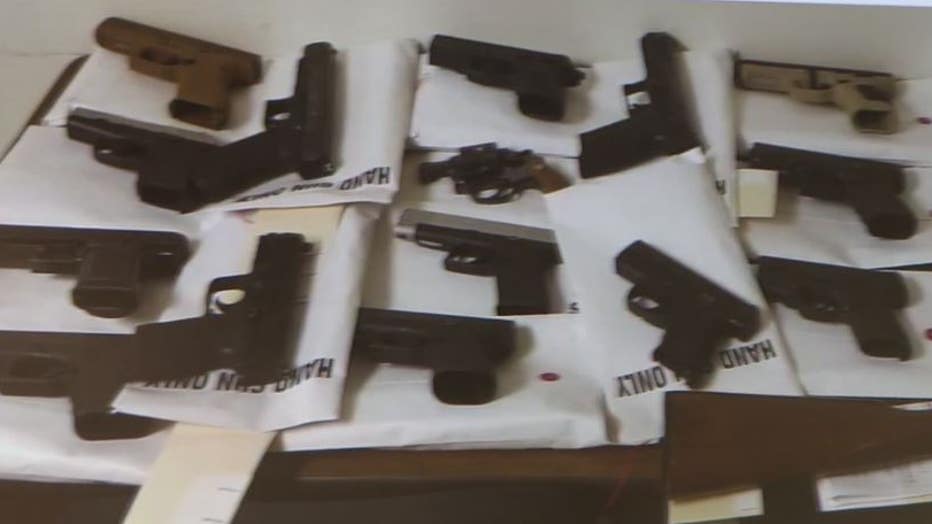 Less than half of the guns confiscated by Operation Holiday Wrap.