8-year-old shot inside car on Saturday expected to recover, while neighborhood outraged

The girl was in a gray Chevrolet sedan with her aunt and another 11-year-old kid when someone in a burgundy Cadillac opened fire on the car. Police recovered shell casings from multiple weapons.

DETROIT (FOX 2) - Detroit Police Chief James White is urging residents to come forward with information in the shooting of an 8-year-old girl.

"We’re talking about an 8-year-old baby who was shot simply riding in a vehicle," White said.

It happened Saturday night on the city’s east side. The girl was in a gray Chevrolet sedan with her aunt, and another 11-year-old kid when someone in a burgundy Cadillac opened fire.

Police recovered shell casings from multiple weapons. The little girl was taken to St. John Morross Hospital and has since been released.

Investigators say the girl was not an intended target in the shooting.

"Based on a few factors - the number of rounds that we recovered, or spent casings we recovered, in addition to the various calibers of rounds, it’s quite possible that they just happened upon a shootout," White said.

"People have a grown-up beef and a child pays the price," said Pastor Maurice Hardwick. "That has to stop."

Hardwick, a community activist and clergyman says people living in neighborhoods where violence like this happens must take the lead in getting information to investigators - so those responsible are taken off the streets.

He says the stigma of "snitching" often keeps people from doing so, adding that needs to be done away with and the term itself, better defined.

"If you want to talk street-talk and talk snitching, understand what snitching is," Hardwick said. "You've got to be a co-defendant on a case, and part of a crime to turn on your co-defendant. This little girl is not a co-defendant not part of any crime. 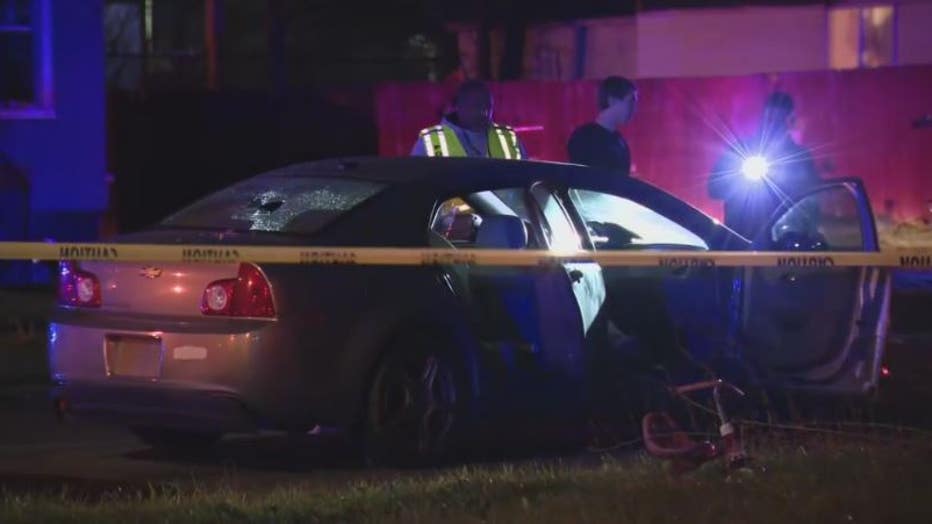 The description of the suspect vehicle is a burgundy four-door Cadillac. Anyone with information is asked to call Detroit police at (313) 596-5200 or Crime Stoppers at 1-800-SPEAK-UP.