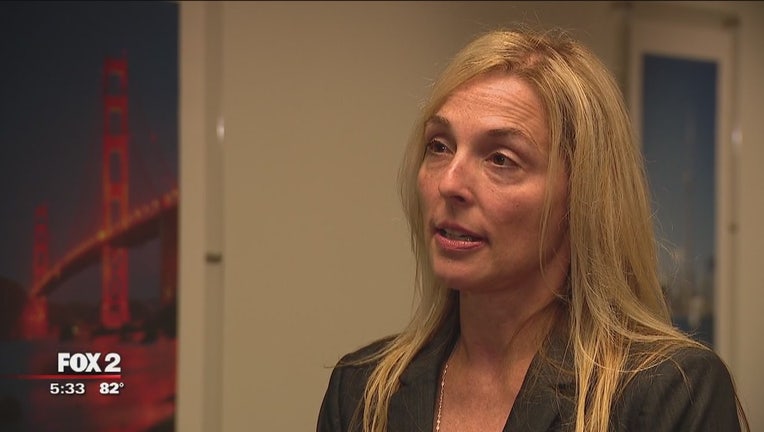 SOUTHFIELD, Mich. (FOX 2) - The shady way teenagers passively breakup with each other has eclipsed high school and breached the job market.

We're talking about ghosting, and it's giving employers headaches.

"I would just ask what the reason they would do that and not just own up to wanting to cancel the interview or rescheduling," said one employee at Robert Half Staffing Solutions.

"These are our careers, our livelihoods and that is something I would never think to do," said another employee from the center.

That's right - employers are being ghosted by job candidates in the middle of the interview process. But this isn't millennial shyness entering the professional market. Instead, due to a booming job market that's experiencing record low unemployment - qualified candidates are in high demand.

A curious trend is emerging in the job market. A low unemployment rate means potential job candidates have more options where they can get hired. But that has led to a rise in those candidates ghosting their interviewers, midway through the hiring process.

"Part of it is because of the tight labor market and people that are job searching have many options and that's when we really noticed it start picking up," said Robin Ankton, another employee with Robert Half Staffing Solutions.

Robert Half is a staffing firm and they report seeing a spike in the number of prospective candidates skipping out on second or third job interviews with their employers via ignoring phone calls, texts and emails. Apparently, the problem of too many job offers will just go away on its own. Which is true for one side of this two-way street.

However, employers like Ankton find themselves increasingly frustrated by the lack of formality.

"I can share a personal experience with ghosting. I was going through the interview process with someone - very excited about them potentially joining our organization and after the second interview and a confirmation that they would attend the final interview they just stop calling back," she said. "I was so frustrated because I thought they'd just be a great match for us."

Candidates may show up for the first interview. Maybe even the second interview. But the moment a better offer lands on the table, the sound of silence overtakes what previously was very consistent dialogue. So what do people victimized by this new showing have to say about formally declining an offer, instead of being ghosted?

"(It's) courtesy, just professional courtesy," Ankton said. "If you're not interested in the role anymore, a simple email will even do. Or a voicemail that says 'thank you so much for having me in, I really appreciated your time but I'm going to pursue another opportunity.'"

Potential hires aren't the only offenders perpetuating this troubling trend however. Coworkers are doing it too.

"It's the same with the company. You don't do that with a potential employee because you hurt your organization's reputation and the world is very small and with technology it's even smaller than it ever has been," Ankton said. "Everyone knows somebody and so you really have to be conscious of how you want to brand yourself."