INDEPENDENCE, Mich. (FOX 2) - With Orion Township schools closed, it was a snowmobile ride that should've been a peaceful activity on a day off.

A 55-year-old father and his son took a ride on snowmobiles through northern Oakland County on Tuesday.

Not far from their home on Whipple Lake Road and Eston Road in Independence Township, a father was on his snowmobile while his teenage son followed closely behind on his with a teenage girl riding on the back.

Not far from their home on Whipple Lake Road and Eston Road in Independence Township, the father was on his snowmobile while his 13-year-old son followed closely behind on his with a 13-year-old girl riding on the back.

"At some point in time, the father stopped and the son ran into the rear of him," McCabe said.

The impact caused the female passenger to be ejected from the snowmobile. Officials say she wasn't breathing but a pulse was detected at the scene. Both teens were taken to the hospital, where the young girl died.

"It's a tragedy all the way around and what can you say?" McCabe said.

The kids lived in Orion Township and went to those schools, where grief counselors were called in. 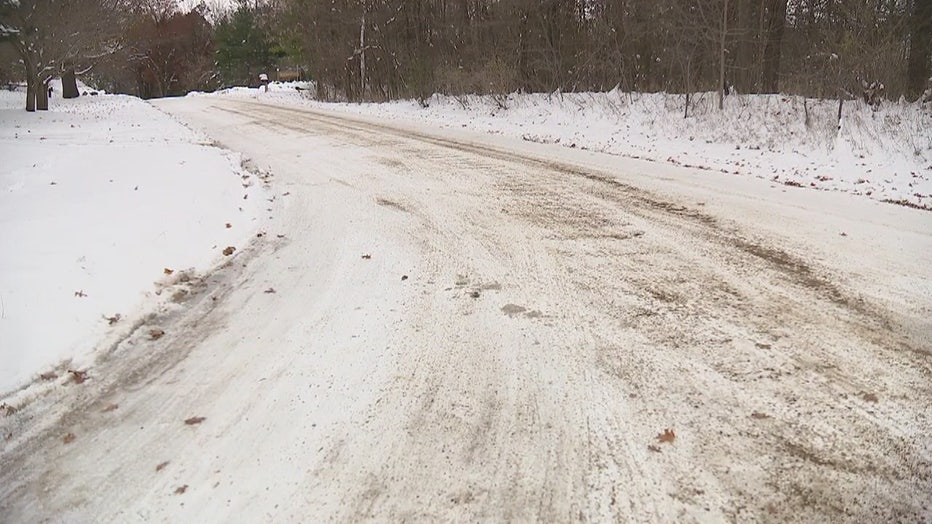 While some may be wondering if it's legal for a 13 year old to drive a snowmobile. It's legal between the ages of 12 and 17 if you have taken and passed a certified course, as long as you drive in a legal zone.

"Oakland County -- you cannot drive a snowmobile on the road," McCabe said.

The teenage boy is in stable condition and the father was not hurt in the incident. The crash is still being investigated.