DETROIT (FOX 2) - UPDATE (4/15/21): Detroit police say that the Bohanen family were squatters but are working with the family and owner of the home. DPD said on Thursday that it is looking for a new place for the family to live as it investigates the matter.

The Bohanen family has called 9325 Littlefield home for the past three and a half months on Detroit's west side.

They signed a lease and say they paid in cash $800 a month for rent to a woman named Tamika Johnson who they believed owned the property.

Family signs fraudulent lease for house, now may be homeless

They signed a lease and say they paid in cash $800 a month for rent to a woman named Tamika Johnson who they believed owned the property. Then the real homeowner called Detroit police.

"As far as they knew, they were renters like anyone else," said attorney Joe McGuire, Detroit Eviction Defense.

"She was the homeowner so she said, but I would never know, right?" said Miss Bohanen.

But then Bohanen and her attorney say someone claiming to be the real homeowner called the Detroit Police Department.

"The police officers who came initially, told them okay as long as you have a lease, they have to go to court, so just keep the lease on hand and if we come back be ready to show us the lease," McGuire said.

That was in late January/early February - but fast forward to last week and it was a different story.

Now community activists are standing outside the house on Littlefield because they say the Bohanens were told by officers that they have to be out of the house this week.

Which takes us back to Miss Bohanen, her mother, and her 5-year-old son who live there. 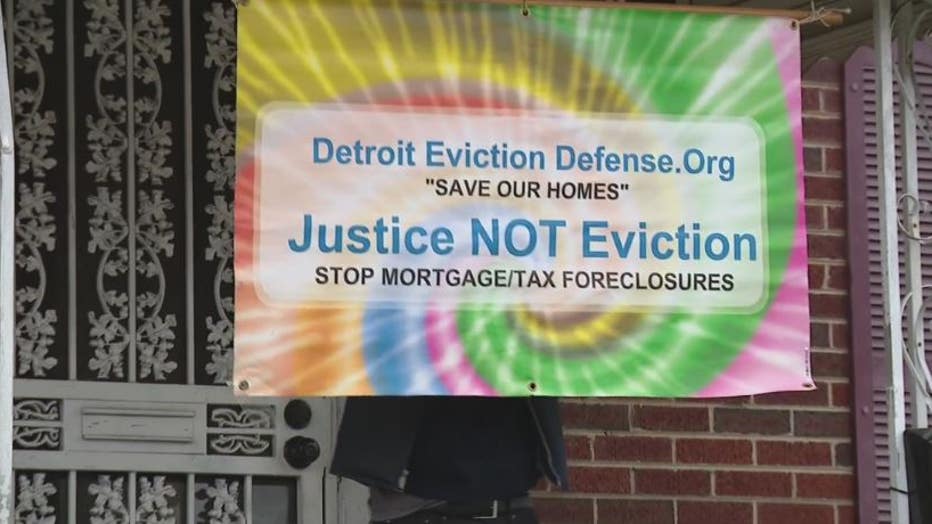 "I just want to stay though," she said. "I just want to keep paying rent to whoever the house is (owned by) okay, that's it. I don’t want to leave. I made it a home."

Police detectives are investigating the fraud.