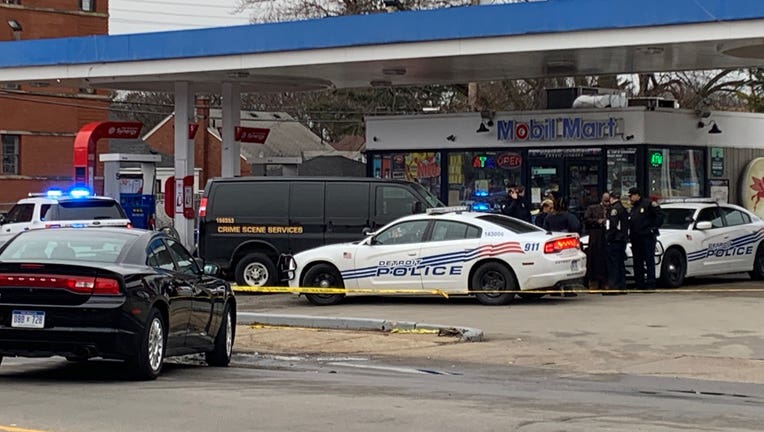 Detroit Police said a man shot another man before killing himself at a Mobil gas station on Fenkell on Monday, Jan. 27.

DETROIT (FOX 2) - Detroit Police said a man who was 'agitated' when he walked into a gas station ordered everyone out before shooting a man who walked in and then taking his own life.

Police were called to the Mobil Gas Station at Fenkell and Greenfield a little before 11 a.m. Monday to the shooting.

According to police, an 'agitated' man walked in with a gun and told everyone to leave. At some point, another man walked in and the two men got into an argument.

The armed man shot the other man, then walked out of the store and shot himself.

Both men were pronounced dead.

Detroit Police do not believe the two men knew each other and only said he was agitated but did not know why.