The incident started Sunday evening on Kenosha Street after investigators say the suspect allegedly killed his dad and his ex-girlfriend, before allegedly stabbing his mom who went to a neighbor’s house for help.

HARPER WOODS, Mich. (FOX 2) - Zlayiah Frazer was one of two people killed by her ex-boyfriend after a barricaded gunman situation at a Harper Woods house. Police arrested the suspect early Monday after a six-hour standoff.

"They should have never let him out of jail," said Breonna, the victim's sister.

The incident started Sunday evening on Kenosha Street after investigators say the suspect allegedly  killed his dad and Frazier - his ex-girlfriend - before allegedly stabbing his mom who went to a neighbor’s house for help.

"I said, ‘Who stabbed you?’" said neighbor Ruth Tabone. "She said 'My son, he's stabbing everyone in the house.'"

The man then barricaded himself inside the home and allegedly shot at police. When SWAT teams arrived they found a fire had been set inside the home as they continued to negotiate with the man to come outside.

"(The legal system is) definitely broken, they never should have never let him out," Breonna said.

The statement added that the defendant was arraigned on June 12 and had a bond set at $100,000, 10% cash or surety with GPS tether and house arrest and no contact with complainants. 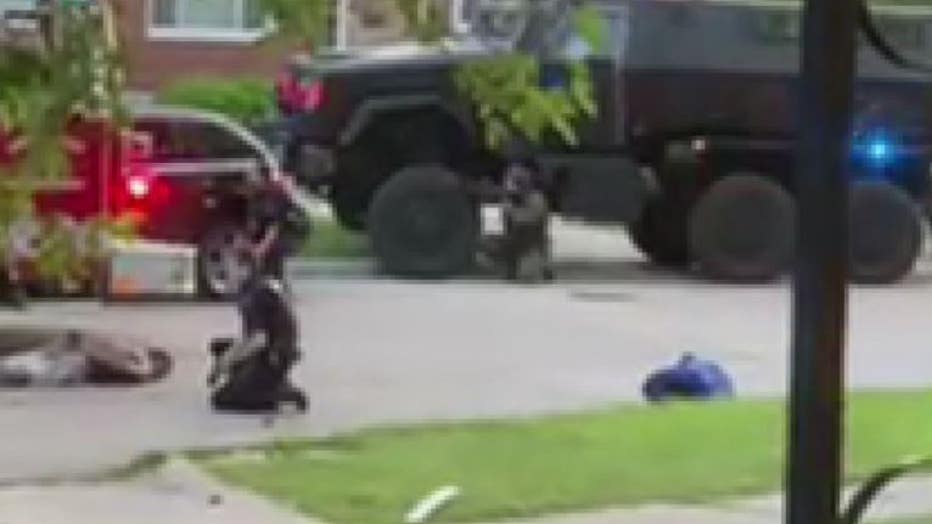 On Friday, the defendant made bond and was released from the Wayne County Jail. Two days later the standoff began.

After hours of negotiating, when police breached the home the deceased victims were found inside, as well as a young child who was not injured.

"We don’t know where my nephew is at," Breonna said.

Fox 2 obtained doorbell cam video which shows the suspect crawling out of the front door of the house to the front lawn before he was taken into custody and to a nearby hospital for smoke inhalation.

As this family continues to grieve they have a strong message for the suspect. 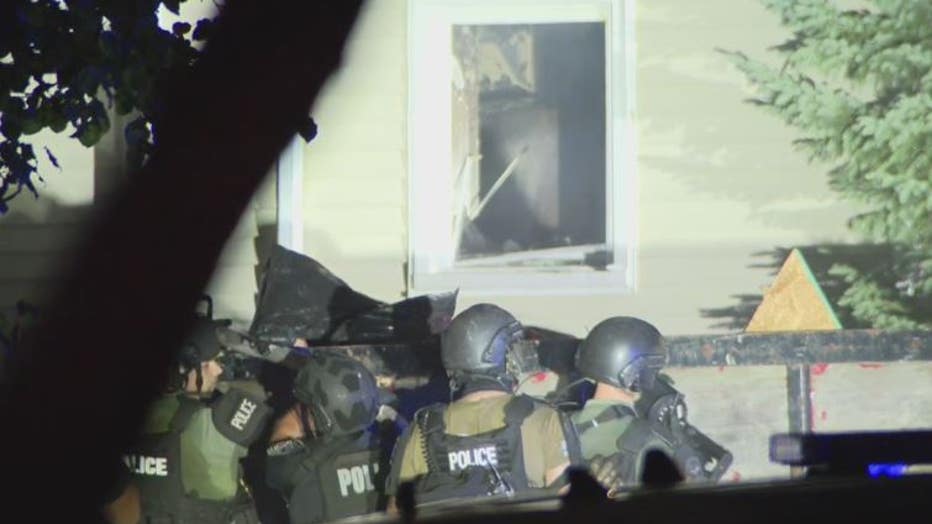