(FOX 2) - A Novi business is booming as gun owners stock up on weapons and bullets during the COVID-19 outbreak.

There’s such a demand that Fenix Ammunition in Novi is already hiring people laid off of their jobs because of the virus just to keep up with the surge in orders.

According to local business owners, the demand for guns and ammo is through the roof.

“Everybody is responsible for their own defense and they're entitled to do that and so we're going to make sure we do everything in our power to make sure they have what they need when they need it,” said Justin Nazaroff of Fenix Ammunition.

In a moderately spacious warehouse, a handful of men are cranking out ammunition by the minute.

Fenix Ammunition is a local bullet manufacturer working to meet the spike in demand for ammunition. Turnaround time for an order can be as long as four weeks. About 90 percent of sales are for the .223 round, which is used in the AR-15 rifle, and the 9MM, the most common bullet for handguns.

As confirmed cases and deaths from COVID-19 rise, fears of the unknown mount -- driving the stockpiling of supplies like toilet paper, bullets, and guns.

“This is more than Sandy Hook was, this is much more than 9/11 ever was, more than when  President Obama took office - this is five times that,” said Bill Kucyk, owner of the Action Impact Gun Range, where firearm sales have been through the roof. 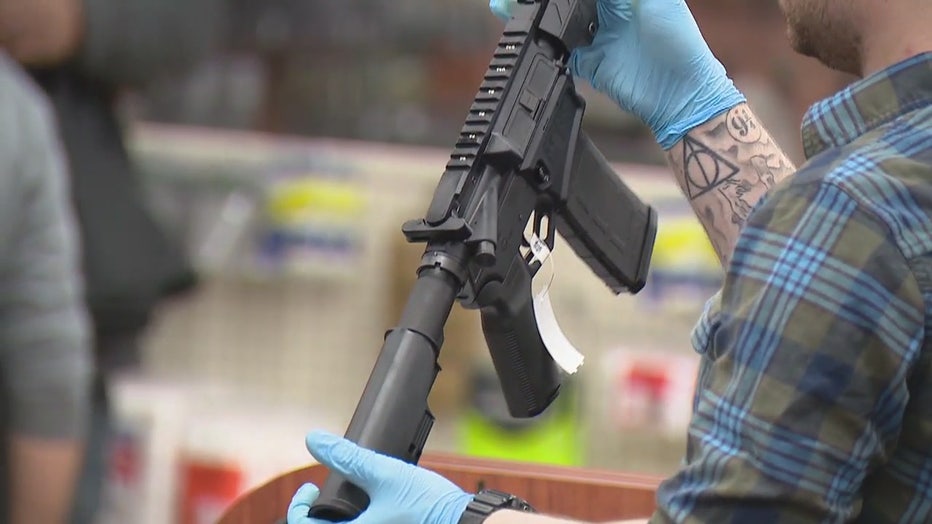 Nazaroff says while most of his sales are from repeat customers and seasoned gun owners, he’s seeing a surge from first-time and inexperienced gun owners.

So how long can these businesses keep up? The spike in gun sales has been slowing down the FBI’s instant criminal background check system and the spike in ammo sales will likely put a burden on suppliers, who get a lot of the raw materials for bullets from places like China.