ANN ARBOR, Mich. (FOX 2) - A gym in Ann Arbor is mourning the loss of a beloved fitness coach.

Thirty three-year-old Anthony Kelley was on his way to work at Red Effect Infrared Fitness Wednesday when he was killed in a car crash. His coworkers waited for hours for Kelley to show up for his shift before learning he died on M-14 near Gotfredson in Salem Township.

A gym community in Ann Arbor is mourning the loss of 33-year-old Anthony Kelley, who died in a crash Wednesday on his way into work.

"I started getting messages from my team members asking me have I heard from Anthony, we've been trying to reach him but he didn't come in," said Steven Pierce.

State police say Kelley lost control of his vehicle when he crossed the median on M-14 and was hit by oncoming traffic. Speed and icy roads were factors in the crash. Four other people were hurt.

He is survived by his fiancee and their blended family of five children.

"What hurts the most is he just had a newborn," Pierce said. The girl is just two weeks old.

Kelley started at the gym at the front desk selling memberships, working his way up to senior fitness coach.

"He was dedicated. He was loyal and he was consistent," Pierce said.

"He was like a brother to me," Pierce said. 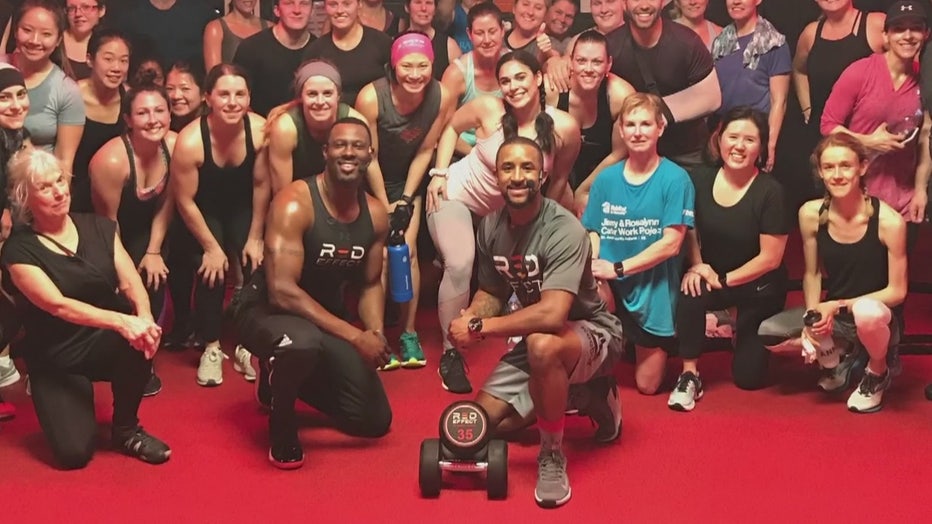 Anthony's attitude, energy and enthusiasm were contagious. News of his death rocked not only his coworkers but also members at the gym.

"He was really young, 33 years old. That's not a long life. But I'm pretty sure through all his classes, all his years he has inspired and even changed the life of so many people. So in that sense I think he will live forever," gym member Jinning Jiang said.

The founder and CEO of Red Effect Fitness started an online fundraising campaign to support Anthony's family and cover his funeral costs. If you'd like to make a donation you can do so online here.